KTE-X19 Poised to Have Promising Future in MCL Paradigm

Dr. Gerds on Luspatercept to Treat Anemia in Myelofibrosis 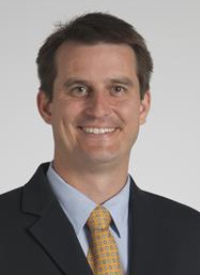 Brian T. Hill, MD, PhD
In October 2017, acalabrutinib (Calquence) joined ibrutinib (Imbruvica) as another FDA-approved BTK inhibitor for patients with mantle cell lymphoma (MCL). Questions remain on which agent physicians should administer first to their patients, as there are currently no head-to-head comparison data. However, results with acalabrutinib appear to be similar to that of ibrutinib but with better tolerability, according to Brian T. Hill, MD, PhD.


Ibrutinib was granted FDA approval for the treatment of patients with MCL in 2013, based on the phase II PCYC-1104 trial. Ibrutinib demonstrated a 68% overall response rate, a 21% complete response rate (CR), and a median duration of response of 17.5 months.1 The median progression-free survival was 13.9 months with an estimated overall survival at 18 months of 58%. The trial enrolled patients with relapsed/refractory disease who had received at least 1 prior therapy; 86% of patients were intermediate or high risk.