PARP Inhibitors May Have Benefit in BRCA-Mutant Endometrial Cancers

Dr. Coleman on the Safety Profile of Veliparib in Ovarian Cancer

Dr. Tan on the Risk of Novel Coronavirus for Patients With Cancer
News > 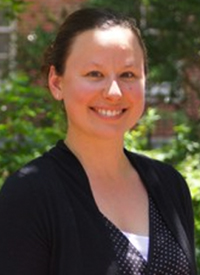 West, a gynecologic oncologist in the Department of Obstetrics and Gynecology, University of North Carolina School of Medicine, discussed the relationship between low-fat or high-fat diets and endometrial cancer and how these can be investigated further.

OncLive: Please provide an overview of this research.

West: We presented work from Dr Victoria L. Bae-Jump’s lab where we fed mice various diets, either high in fat or low in fat, and then switched that diet. Those mice then developed endometrial cancer. We looked at the effect of diet on both normal tissue as well as endometrial cancer to determine whether there are differences and if switching the diet can reverse those changes.

What are the next steps following this research?

The next steps are to determine whether the mice had differing levels of estrogen since we know that obesity increases peripheral adiposity and ultimately influences estrogen levels. Sometimes, too much estrogen is thought to be the mechanism for endometrial cancer in many patients. We do not have that data yet, but we do have the blood from the mice that we plan to investigate to see if estrogen levels differ between the high-fat diet group and the low-fat diet group.

How does this research impact patients with endometrial cancer?

We switched the diet of the mice before they developed endometrial cancer. This makes sense since the cancer cells had not developed their identity yet. We are not sure whether the diet influences that initial identity, but it may be interesting to see whether the mice develop cancer after their diet is switched.
... to read the full story
To Read the Full Story
REGISTER
LOG IN