Dr. Chon on Challenges With Maintenance Therapy in Ovarian Cancer

Dr. Penson on Biomarkers of Response to PARP Inhibitors in Ovarian Cancer
News > 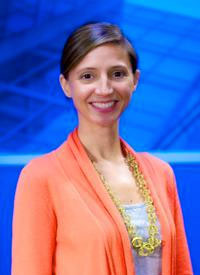 A recent study published in Cancer has shown that hysterectomy-corrected mortality rates in cervical cancer reveal a significantly large racial disparity in the United States.

, Rositch discussed the important takeaways from her study and the significance of cervical cancer screening.

OncLive: Please provide some background on the rationale for conducting this study.

Rositch: This study on mortality is a follow-up to an identical study that we did in 2014, where we were looking at incidence rates. So putting the 2 pieces together, which include both the corrected incidence rates and the corrected mortality rates, gives us a picture of what’s happening with cervical cancer in the subset of our population that we target for screening and prevention—women over the age of 20 and who have an intact cervix.

The current study focused on mortality and was really motivated by just wanting to complete the picture with regard to cervical cancer. We originally undertook the full study—the 2 pieces sort of combined—because we realized, through the course of some of our other work, that a large proportion of women had a hysterectomy. This wasn’t taken into account, so it made us wonder, “What impact would this have, particularly by age?” Our original motivation was to better understand age-specific cervical cancer trends and tease out if this was truly a disease that older women were not at risk of developing. Of course, in doing so, and in looking at the patterns of hysterectomies, we realized that black women are more likely to have a hysterectomy, and that’s also why you see a profound effect in black women. Older women and black women are more likely to have a hysterectomy. So those are the subgroups of the population that are most affected by our recalculation.

How was this study designed?

We mainly brought together 2 data sources, including national mortality statistics. We obtained national data on the number of women who had died due to cervical cancer. Also, there is an annual survey that is conducted by the Centers for Disease Control and Prevention, which is called the Behavioral Risk Factor Surveillance System. In those national surveys, they ask women if they have had a hysterectomy. From that national survey, we obtained an estimate of what fraction of women, by age, race, state, and time, had had a hysterectomy and were thus no longer at risk for cervical cancer. We applied those estimates to the calculation of cervical cancer mortality that we obtained from the national death index and our cancer surveillance program.

What were the most noteworthy findings that you hope oncologists took away from the study?

The trends in the study show high mortality among our older women and our black women. For oncologists, in particular, that is proof of individuals who are seeing these patients who now have cancer, and who play a really significant role in preventing death due to that cancer. It’s really reaffirming and re-recognizing the importance of their role in providing equal, effective treatment by age and by race, to all women.
... to read the full story
To Read the Full Story
REGISTER
LOG IN