Immune Correlates May Indicate Responsiveness to Ipilimumab in mCRPC

Dr. Beltran on the Utility of Liquid Biopsies Versus Tissue Biopsies in CRPC-NE

Dr. Oh on the Role of Radiopharmaceuticals in mCRPC 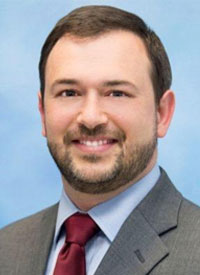 A sharp decline has been observed in the overall rate of men receiving treatment for prostate cancer, according to the results of a study published in Health Affairs.

, Borza, a urologic oncology and health services research fellow at Michigan Medicine, discusses the major findings of his study and his stance on the importance of prostate cancer screening and treatment.

OncLive: What was the rationale for collecting these data about men with prostate cancer?

All of these things were happening over the period of time that we conducted our study. We wanted to get an idea of what the effect was on treatment from this overall change in thinking, and really try to tease out whether the screening recommendations or the use of surveillance had more of an impact on the treatment rates.

What were the most significant findings from your study?

We looked at the treatment rates in the population as a whole—that’s all men who could possibly be screened for prostate cancer in our Medicare sample. We found that that treatment rate decreased by 42%. It went from 4.3 per 1000 men to 2.5 per 1000 men getting treated, and that’s a big drop.
... to read the full story
To Read the Full Story
REGISTER
LOG IN