Dr. Graff on the FDA Approval of Sacituzumab Govitecan in TNBC 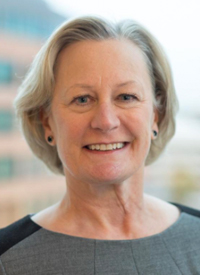 The confirmatory phase III ASCENT study exploring sacituzumab govitecan in patients with metastatic triple-negative breast cancer (TNBC) has been stopped due to “compelling evidence of efficacy,” according to a statement from the company developing the antibody-drug conjugate (ADC), Immunomedics.1

The BLA for sacituzumab govitecan was based on findings from a phase I/II study, which included 108 patients with TNBC at a median age of 55 years (range, 31-80). The majority of patients had visceral metastases (80%). Sacituzumab govitecan was administered at 10 mg/kg on days 1 and 8 of each 28-day cycle. Patients’ ECOG performance status was 0 (30%) and 1 (70%), and the median time from metastatic diagnosis to treatment in the study was 1.5 years. Overall, 57 patients had moderate (2+) to strong (3+) TROP-2 expression by immunohistochemistry and 5 had weak or absent staining for the marker. The data were not available for the remaining patients.

The median number of prior regimens was 3 (range, 2-10), which include checkpoint inhibitors for 16.7%. Additionally, 41% of patients were treated in the third-line setting and 59% were in the fourth-line or greater setting. The most common prior therapies were taxanes (98%), anthracyclines (86%), cyclophosphamide (85%), and platinum agents (75%).