Dr. Usmani on Situations that Indicate the Need for Immediate Treatment in R/R Multiple Myeloma
News > 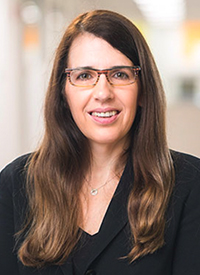 A rolling submission of an FDA new drug application (NDA) has been completed for selinexor for the treatment of patients with penta-refractory multiple myeloma, according to Karyopharm Therapeutics, the manufacturer of the XPO1 inhibitor.

Karyopharm intends to present full data from the phase IIb STORM trial at an upcoming oncology conference. The 122 penta-refractory myeloma patients in part 2 of the STORM trial were treated with 80 mg of selinexor twice weekly combined with 20 mg of low-dose dexamethasone.

According to Karyopharm, the study defined penta-refractory as “patients who have previously received at least one alkylating agent, glucocorticoids, two immunomodulatory drugs (IMiDs; lenalidomide [Revlimid] and pomalidomide [Pomalyst]), two proteasome inhibitors (PIs; bortezomib [Velcade] and carfilzomib [Kyprolis]), and daratumumab (Darzalex), and whose disease is refractory to glucocorticoids, at least one PI, at least one IMiD, and daratumumab, and whose disease has progressed following their most recent therapy.”