Dr. Bose on Novel Agents Under Investigation in Myelofibrosis

Dr. Bradley on the Utility of Ruxolitinib in Myelofibrosis and Polycythemia Vera

Dr. Snyder on How Ruxolitinib and Fedratinib May Pave the Way to Transplant in Myelofibrosis
OncologyLive > Vol. 19/No. 1 > 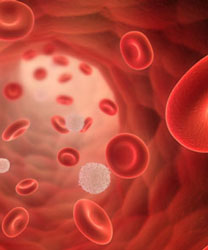 Following the identification of the JAK kinase family in the late 1980s, the novel enzyme group was colloquially known as “just another kinase.”1,2 Since then, these tyrosine kinases have defied that reputation amid abundant evidence showing that they transmit a variety of signals into the cell with many biological consequences.

That picture, however, may be changing. A better understanding of the complexities of JAK signaling in normal and cancerous cells and the design of rational drug combinations, are poised to expand the use of JAK inhibitors in anticancer therapy for hematologic, and possibly solid, tumors. Ruxolitinib continues to be explored in multiple malignancies, and several promising novel agents are being evaluated in clinical trials (TABLE).

A Diverse Family With Multiple Roles

JAKs are now known as the Janus kinases, after the 2-faced Roman god of the same name, in recognition of their most striking feature: the presence of 2 near-identical kinase domains. There are 4 known members of the JAK family: JAK1, JAK2, JAK3, and TYK2, all sharing 7 conserved JAK homology (JH) domains within their protein structures.

Cytokines and their receptors are among the most significant activators of the JAK pathway. Unlike tyrosine kinase receptors, cytokine receptors have no catalytic activity and are reliant upon the JAKs to perform kinase functions for them. JAKs bind to the part of the cytokine receptor that protrudes into the cell via their FERM domain. When the cytokine receptor is activated, it pairs up with another receptor molecule and this brings 2 JAKs close enough that they are able to phosphorylate and activate one another.

Activated STATs subsequently disengage from the cytokine receptor, pair up with one another and move into the nucleus, where they attach to specific sequences within the DNA to either activate or, less commonly, repress the transcription of a host of target genes. In this way, the interaction between JAKs and STATs transmits a signal from outside of the cell into the nucleus to coordinate a response to the signal.
... to read the full story
To Read the Full Story
REGISTER
LOG IN