Targeting TRAIL: A Long and Winding Road to Efficacy

Expert: Raise the Bar for Diagnostic Tools in Oncology

Dr. Beltran on Use of ctDNA to Evaluate Treatment Resistance in Prostate Cancer

Dr. Armstrong on AR-V7 as a Biomarker of Response to Taxane Chemotherapy in mCRPC

Dr. Hamid on a Potential Biomarker of Response to Docetaxel in mHSPC
OncologyLive > Vol. 19/No. 21 > 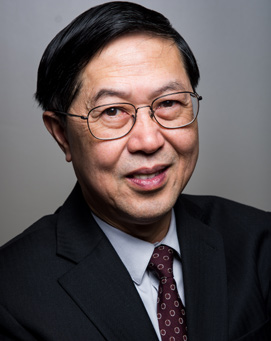 Investigators are assessing whether Oraxol, an oral formulation of paclitaxel, will be safer and more efficacious than the widely used chemotherapy drug administered by traditional intravenous (IV) infusion. There are several adverse events (AEs) associated with IV infusion paclitaxel, and researchers believe an oral version of the medication may be able to mitigate or altogether avoid some of them.

In the Oraxol 001 phase III clinical trial, the drug is being compared with IV infusion paclitaxel in patients with metastatic breast cancer (NCT02594371). More than 320 patients have been recruited for the trial, according to Athenex, Inc, the biopharmaceutical company based in Buffalo, New York, that is developing the drug. An independent drug safety monitoring board conducted a second interim analysis and recommended that the trial continue, the company said in September.1

Paclitaxel, which the FDA initially approved in 1992, remains in broad clinical use for multiple tumor types. However, the drug is highly insoluble and poorly absorbed.2 It uses Cremophor EL as a stabilizing vehicle, which has been associated with hypersensitivity, according to investigators from the University of Otago in Dunedin, New Zealand.2 Cremophor EL requires the use of highdose steroids and antihistamines to lower the risk of severe anaphylaxis, Rudolf Kwan, MBBS, MRCP, chief medical officer of Athenex, said in an interview with OncologyLive®.

In a poster presented at the 2018 American Society of Clinical Oncology Annual Meeting, Jackson et al said an oral formulation would reduce the need for IV access, avoid the severe anaphylactic reactions that stem from Cremophor EL, and possibly reduce peripheral neuropathy.2