NICE Rejects Treatments for Head and Neck Cancer and AML

Dr. Brammer on the Role of Stem Cell Transplant in ALL

Although small molecules inhibitors of the Hedgehog (Hh) signaling pathway have transformed the treatment paradigm for advanced basal cell carcinoma (BCC), the most common form of skin cancer, efforts to expand their use to other tumor types have proved elusive.

Figure. Elements of the Hedgehog Pathway (Click to Enlarge) 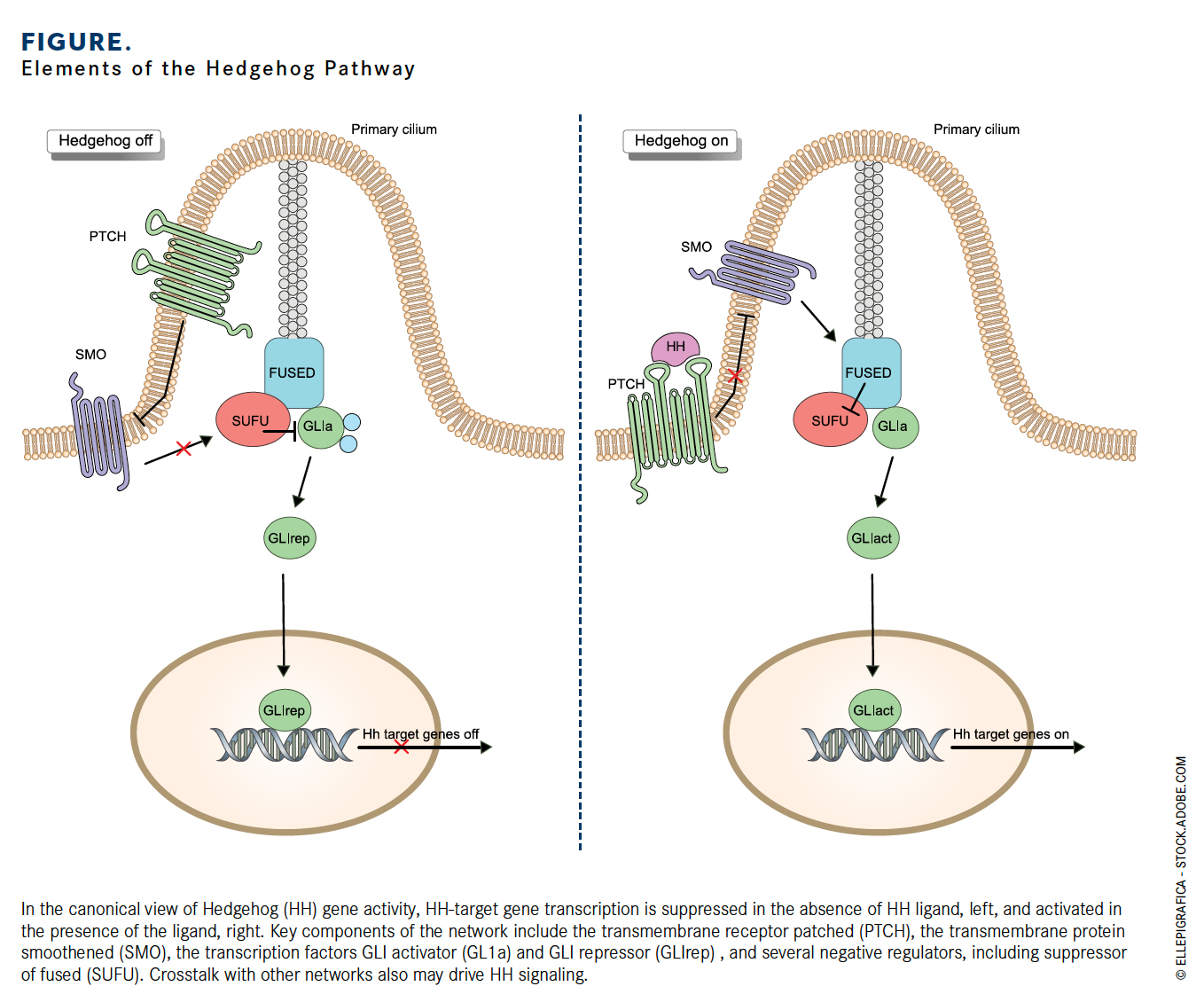 The primary cilium plays a critical coordinating role in the Hh pathway. Discovered more than 35 years ago in genetic screens of fruit flies, the hh gene received its name because larvae lacking it appeared to be covered in hedgehoglike spiky denticles due to developmental patterning abnormalities.3

In mammals, 3 genes encode HH ligands: sonic (SHH), desert (DHH), and Indian hedgehog (IHH). Each encodes a protein that serves as an activating ligand in the Hh signaling pathway, with SHH the most widely expressed and thoroughly studied. The HH ligands bind predominantly to a transmembrane receptor called patched 1 (PTCH1). Other key components of the Hh pathway are the G protein–coupled receptorlike transmembrane protein smoothened (SMO), a family of transcription factors (GLI1, 2, and 3), and several negative regulators, including protein kinase A (PKA) and suppressor of fused (SUFU).4-8