Adjuvant treatment with the combination of atezolizumab and bevacizumab demonstrated a statistically significant improvement in recurrence-free survival compared with active surveillance in patients with early-stage hepatocellular carcinoma at high risk of disease recurrence. 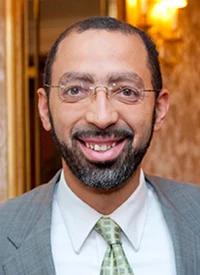 At the time of the interim analysis, overall survival (OS) data were immature, and follow-up will continue to the next analysis. Data from IMbrave050 will be shared with health authorities, including the FDA and the European Medicines Agency, and detailed findings will be presented at an upcoming medical meeting.

“Today, more than 70% of people with early-stage HCC may have their cancer return after surgery, which is associated with poorer prognosis and shorter survival. IMbrave050 is the first phase 3 study to show that a cancer immunotherapy combination reduced the risk of disease returning in people with this type of HCC,” Levi Garraway, MD, PhD, chief medical officer and head of Global Product Development at Genentech, stated in a news release. “We are excited by the clinical benefit that this adjuvant [atezolizumab] combination may bring to people with early liver cancer and look forward to seeing more mature data to further confirm the benefit.”

In May 2020, the FDA approved the combination of atezolizumab and bevacizumab for the treatment of patients with unresectable or metastatic HCC who have not received prior systemic therapy, based on data from the phase 3 IMbrave150 trial (NCT03434379).2

The IMbrave050 trial evaluated the same combination in patients with HCC at high risk of recurrence, as determined by the size and number of cancerous lesions and the histopathology results, following surgical resection or ablation with curative intent.

Key inclusion criteria included full recovery from surgical resection or ablation within 4 weeks prior to randomization, an ECOG performance status of 0 or 1, Child-Pugh Class A status, and adequate hematologic and end-organ function.3

Patients were excluded from the trial if they had known fibrolamellar HCC, sarcomatoid HCC, or mixed cholangiocarcinoma and HCC; evidence of residual, recurrent, or metastatic disease at randomization; clinically significant ascites; a history of hepatic encephalopathy; a prior bleeding event due to untreated or incompletely treated esophageal and/or gastric varices within 6 months prior to randomization; or received more than 1 cycle of adjuvant transarterial chemoembolization following surgical resection.

Following resection, patients were randomly assigned to receive 1200 mg of intravenous (IV) atezolizumab and 15 mg/kg of IV bevacizumab on day 1 of each 21-day cycle or undergo active surveillance.

Regarding safety, findings for atezolizumab and bevacizumab were consistent with the known safety profile of each agent and with the underlying disease.