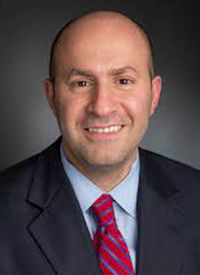 Pembrolizumab (Keytruda) as an adjuvant therapy compared with placebo continued to showcase an impressive disease-free survival (DFS) benefit in patients with clear cell renal cell carcinoma (RCC) following nephrectomy, with improvement observed across subgroups, according to data from the phase 3 KEYNOTE-564 trial (NCT03142334) were presented during the 2021 AUA Annual Meeting.1

Findings showed that pembrolizumab improved DFS vs placebo across all prespecified subgroups, including region, type of nephrectomy, sarcomatoid features, disease risk category, tumor grade, and PD-L1 status. The benefit was most significantly pronounced in patients who underwent partial nephrectomy (HR, 0.22; 95% CI, 0.05-1.04) and those who had M1 no evidence of disease (NED; HR, 0.29; 95% CI, 0.12-0.69).

“Although numbers of participants with certain disease risk features were small, the DFS benefit was consistent across subgroups,” lead study author Toni K. Choueiri, MD, director of the Lank Center for Genitourinary Oncology, director of the Kidney Cancer Center, and senior physician at Dana-Farber Cancer Institute, as well as Jerome and Nancy Kohlberg chair and professor of medicine at Harvard Medical School, said in a virtual presentation during the meeting. “Safety results were in line with expectations and no new safety signals were observed.”

Earlier findings from the KEYNOTE-564 study were presented during the 2021 ASCO Annual Meeting. Based on these data, the FDA granted a priority review designation to a new supplemental biologics license application for adjuvant pembrolizumab as a treatment for patients with RCC who are at intermediate-high or high risk of recurrence after nephrectomy or following nephrectomy and resection of metastatic lesions.2 The agency is expected to decide on the application by December 10, 2021.

In the double-blind, multicenter, phase 3 KEYNOTE-564 study, investigators explored pembrolizumab vs placebo following nephrectomy in patients with clear cell RCC. Specifically, patients’ disease had to meet criteria that categorized them as intermediate-high risk for recurrence, which included: pT2, grade 4 or sarcomatoid, N0, M0; pT3, any grade, N0, M0; high-risk pT4, any grade, N0, M0; any pT, any grade, N-positive, M0; or M1 with NED after surgery.

Stratification factors included metastatic status (M0 vs M1 NED), as well as ECOG performance status (0 vs 1) and region (US vs non-US), both in the M0 group only.

To be eligible for enrollment, patients must have undergone nephrectomy within 12 weeks prior to randomization, could not have previously received systemic therapy, had to have an ECOG performance status of 0 or 1, and a tissue sample must have been obtainable for PD-L1 testing.

All patients underwent 1:1 randomization to receive pembrolizumab at 200 mg every 3 weeks or placebo every 3 weeks, both for approximately 1 year.

The primary end point of the trial was investigator-assessed DFS; secondary end points were overall survival (OS) and safety.