Caroline Billingsley, MD, discusses the effect of mirvetuximab soravtansine’s approval on the treatment landscape in ovarian cancer and avenues for future research with antibody-drug conjugates and immunotherapy in this space. 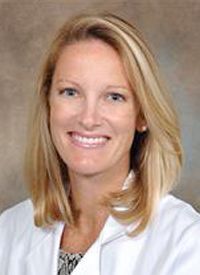 Antibody-drug conjugates (ADCs) such as mirvetuximab soravtansine-gynx (Elahere) have shown favorable toxicity profiles as single agents, according to Caroline Billingsley, MD, who added that it won’t be long before this class of agents is used in combination with other treatments to further enhance efficacy.

On November 14, 2022, the FDA granted an accelerated approval to the folate receptor α (FRα)–directed ADC mirvetuximab soravtansine for patients with Frα-positive, platinum-resistant epithelial ovarian, fallopian tube, or primary peritoneal cancer who have received 1 to 3 prior systemic treatments.1

“[The approval of mirvetuximab soravtansine] gives us an exciting option for patients who have already seen a lot of chemotherapy and [experienced] a lot of toxicity,” said Billingsley, who is an assistant professor of obstetrics and gynecology at the University of Cincinnati Cancer Center in Ohio. “This is a drug that we can offer that [has more] limited toxicity and [exhibits] some efficacy. It’s an exciting time to adopt this drug into our treatment lines.”

In the interview with OncLive® following an Institutional Perspectives in Cancer (IPC) webinar on ovarian cancer, Billingsley discussed the rationale for targeting FRα in ADC development, the effect of mirvetuximab soravtansine’s approval on the treatment landscape in ovarian cancer, and avenues for future research with ADCs and immunotherapy in this space.

OncLive®: Could you provide an overview of your presentation on ADCs within ovarian cancer?

Billingsley: ADCs are an emerging drug category that have been used in different cancer types, [particularly] ovarian, urothelial, and cervical cancer. I wanted to highlight some of the recent and upcoming trials that have shown exciting data for ovarian cancer. Specifically, I focused on mirvetuximab soravtansine, one of the newer ADCs that [just gained] FDA approval based on some of the trials that I reviewed.

What is the rationale for using ADCs to target FRα within this patient population?

ADCs need to have a target specific to the tumor and not to the normal tissue. This will increase efficacy against the cancer cell while limiting toxicity to normal tissue. FRα was specifically targeted in ADC development because prior data [showed] that it is present in about 80% of epithelial ovarian cancers. However, it is not found on native epithelial ovarian tissue nor on the normal cells. [This] makes [FRα] an ideal target for mirvetuximab soravtansine and other ADCs.

What key data have been seen with mirvetuximab soravtansine in clinical trials for ovarian cancer?

Mirvetuximab soravtansine has shown promising activity in the ovarian cancer studies that we’ve seen. Most of the data are in the platinum-resistant setting, which is often where we start with new agents. [Many] of these trials have used the agent as monotherapy, [while others] are combining it with other chemotherapy and targeted agents. Given that it has a favorable toxicity profile, it’s an ideal drug to combine with other agents.

[Its administration has] shown promising overall response rates and good stable disease. We’re finding some partial and complete responders [in this patient population] as well. [Overall,] it’s exciting to see responses in these cancer types.

How might the FDA’s accelerated approval of mirvetuximab soravtansine for patients with Frα-positive, platinum-resistant epithelial ovarian cancer change the current treatment landscape for these patients?

[There are] upcoming trials that are looking at mirvetuximab soravtansine [as monotherapy] in the platinum-sensitive [setting], and [in combination with] other drugs such as bevacizumab [Avastin] and carboplatin. We have positive data coming [from these studies.] Initially, [mirvetuximab soravtansine was] approved as monotherapy, and then [it will likely] roll out in combinations.

Aside from FRα, are there any other potential targets for novel ADCs within ovarian cancer?

[Several] targets other than FRα have been looked at in ovarian cancer. [There have been attempts] to target tissue factor with tisotumab vedotin-tftv [Tivdak]. [Tisotumab vedotin] has been approved in cervical cancer, so [investigators are] looking at it for ovarian [cancer] as well. Another target is mesothelin, [which] can be seen in [a high percentage] of ovarian cancer tissues. The transmembrane receptor protein MUC16 is another [target] that can be seen in up to 80% [of patients with] peritoneal metastasis. [Overall, there are] other mechanisms of action that [researchers] are trying to target.

What future advances in ovarian and gynecological cancers would you like to highlight?

ADCs are going to be something that we see more and more in different disease types, specifically in ovarian cancer. We’re also looking at targeted therapies in recurrent ovarian cancer, as well as cervical and endometrial cancers. We have been enrolling in many clinical trials and were heavily involved in the phase 2 GOG 30123 [NCT03438396] trial for the approval of [tisotumab vedotin] in cervical cancer.

As we see these new drugs roll out–and they’re rolling out so much faster than they used to–we’re learning how to [better] manage the toxicities [through these trials.] One [common type of toxicity] is ocular toxicity, so we’ve learned how to involve ophthalmologic [strategies] to fix that before we have to either dose reduce or discontinue a drug.