January 17, 2021 - The combination of atezolizumab and bevacizumab continued to display improved survival compared with sorafenib in previously untreated patients with advanced hepatocellular carcinoma. 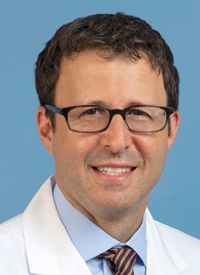 The combination of atezolizumab (Tecentriq) and bevacizumab (Avastin) continued to display improved survival compared with sorafenib (Nexavar) in previously untreated patients with advanced hepatocellular carcinoma (HCC), according to updated findings from the phase 3 IMbrave150 trial that were presented during the 2021 Gastrointestinal Cancers Symposium.

“The median survival for atezolizumab/bevacizumab is now over 19 months. This is the longest survival seen in a phase 3 study of advanced liver cancer,” lead study author, Richard S. Finn, MD, professor of clinical medicine, Department of Medicine, Division of Hematology/Oncology, Geffen School of Medicine, University of California, Los Angeles (UCLA), and director of the Signal Transduction and Therapeutics Program at the UCLA Jonsson Comprehensive Cancer Center, said in a virtual presentation of the data during the meeting.

In May 2020, the FDA approved the combination for patients with unresectable or metastatic HCC who have not received prior systemic therapy based on findings from the primary analysis of the IMbrave150 study in which both coprimary end points of PFS (HR, 0.59) and OS (HR, 0.58) were met.

The global, multicenter, randomized, open-label study enrolled 501 treatment-naive patients with locally advanced or metastatic and/or unresectable HCC and randomized them 2:1 to 1200 mg of intravenous (IV) atezolizumab every 3 weeks plus 15 mg/kg of IV bevacizumab every 3 weeks (n = 336) or 400 mg of sorafenib twice daily (n = 165) until unacceptable toxicity or loss of clinical benefit.

Eligible patients had 1 or more measurable untreated lesions per RECIST 1.1 criteria, Child-Pugh class A liver function and an ECOG performance status of 0 or 1.

“The baseline characteristics have not changed from the primary analysis. The majority of patients came from outside of Asia and had high-risk features, such as an elevated alpha-fetoprotein, macrovascular invasion, or extrahepatic spread,” said Finn.

With an additional 12 months of follow-up, the updated results also demonstrated an 18-month OS rate of 52% with the combination versus 40% with sorafenib. The 18-month PFS rates were 24% and 12%, respectively.

“We see with longer follow-up that we have more responses with atezolizumab/bevacizumab than initially reported,” said Finn.

“The safety and tolerability of the combination remains consistent with what we saw in the primary analysis,” concluded Finn.