Bemarituzumab combined with mFOLFOX6 demonstrated a 56% reduction in the risk of disease progression or death compared with placebo and mFOLFOX6 as a frontline treatment in select patients with FGFR2b-positive advanced gastric or gastroesophageal junction adenocarcinoma. 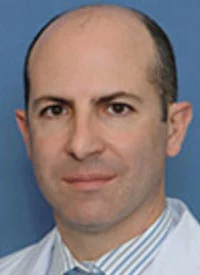 Bemarituzumab combined with mFOLFOX6 demonstrated a 56% reduction in the risk of disease progression or death compared with placebo and mFOLFOX6 as a frontline treatment in select patients with FGFR2b-positive advanced gastric or gastroesophageal junction (GEJ) adenocarcinoma, according to results of the phase 2 FIGHT study that were presented during the 2021 Gastrointestinal Cancers Symposium.1

“The FIGHT trial is the first study to evaluate targeting the overexpression of FGFR2b in any cancer, and is the first randomized dataset of any FGFR inhibitor in any malignancy,” lead study author Zev A. Wainberg, MD, co-director of the University of California, Los Angeles (UCLA) Gastrointestinal Oncology Program, director of the Early Phase Clinical Research Program, Jonsson Comprehensive Cancer Center, and associate professor of medicine and surgery at the David Geffen School of Medicine at UCLA, in a virtual presentation during the meeting. “Bemarituzumab when added to mFOLFOX6 chemotherapy led to clinically meaningful and statistically significant improvements in PFS, OS, and ORR.”

Bemarituzumab is an IgG1 antibody that is specific for FGFR2b isoform, which blocks growth factor signaling and works through an antibody-dependent cellular cytotoxicity mechanism, said Wainberg. Prior single-agent activity with bemarituzumab in later-line FGFR2b-positive gastric cancer elicited an 18% objective response rate (ORR) with no dose-limiting toxicities.2

To be eligible for enrollment, patients could not have received prior therapy, had RECIST v1.1 evaluable disease, harbored FGFR2b overexpression by IHC and/or FGFR2 amplification by circulating tumor DNA (ctDNA), an ECOG performance status of 0 or 1, did not harbor HER2 positivity, and could have received 1 dose of mFOLFOX6. Patients were stratified by geographic region, single dose of mFOLFOX6 during screening, and prior adjuvant or neoadjuvant chemotherapy.

Initially, the trial was designed as a registrational phase 3 trial with a planned 548 patients; however, the design was amended after enrolling 155 patients to a proof-of-concept phase 2 study with prespecified statistical assumptions.

Corneal-related toxicities tend to be associated with FGFR inhibitors, Wainberg explained. All-grade and grade 3 or higher corneal-related AEs occurred in 67.1% and 23.7% of bemarituzumab-treated patients versus 10.4% and 0% of those on placebo/mFOLFOX6, respectively. The mean time to onset, of any grade, was 16.1 weeks on bemarituzumab/mFOLFOX6 and 11.6 weeks on placebo. Twenty patients discontinued bemarituzumab treatment due to corneal AEs, and 12 AEs did resolve with a median time to resolution of 27.0 weeks.

“The FIGHT trial results support a prospective randomized phase 3 study in gastric/gastroesophageal adenocarcinoma, and the evaluation of bemarituzumab in other FGFR2b-positive tumor types,” Wainberg concluded.