January 15, 2021 - Pembrolizumab with trastuzumab and the combination of cisplatin and capecitabine appeared effective in treating HER2-positive advanced gastric and gastroesophageal junction cancer, regardless of a patient’s PD-L1 status. 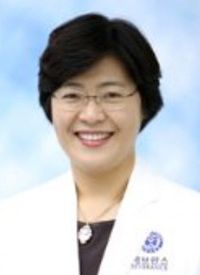 Pembrolizumab (Keytruda) with trastuzumab (Herceptin) and the combination of cisplatin and capecitabine appeared effective in treating HER2-positive advanced gastric and gastroesophageal junction (GEJ) cancer, regardless of a patient’s PD-L1 status, according to updated clinical and molecular data from the phase 1b/2 PANTHERA trial (NCT02901301) presented at the 2021 ASCO Gastrointestinal Cancers Symposium.1

The study results also showed that alterations to the RTK/RAS pathway in patients with HER2 amplifications were associated with a statistically significant improved duration of survival in patients.

“Clinical parameters including PD-L1 expression were not related to survival,” Sun Young Rha, MD, PhD, a medical oncologist in the Division of Medical Oncology at Yonsei Cancer Center in Seoul, South Korea, said in a recording of the presentation.

As a result, Rha said the researchers decided to evaluate the genomic profiling of patients using targeted next-generation sequencing (NGS).

The primary end point of the phase 2 portion of the trial, per RECIST v1.1, was ORR. Additional secondary end points were PFS, OS, duration of response, safety, and predictive biomarker analysis by targeted NGS. At the time of data cutoff (Aug. 31, 2020), 6 patients had completed 2 years of treatment without any disease progression and 3 remained on treatment.

More than half of the patients (56.6%) experienced a more than 50% reduction in tumor burden. Patients with HER2 which was amplified (22 months) by NGS had a statistically significant longer median PFS than those without an amplified HER2 (7.7 months) (P=.0275). The same was determined in patients with altered RTK/RAS pathways (median PFS, 13.8 months) vs. patients with wild-type RTK/RAS (4.9 months; P=.001).

“In summary first-line triplet regimen pembrolizumab, trastuzumab, and chemotherapy showed promising efficacy based on HER2 amplification by NGS regardless of PD-L1 status in advanced gastric cancer,” concluded Rha. “Correlative biomarkers found from our study need to be validated through ongoing trials.”