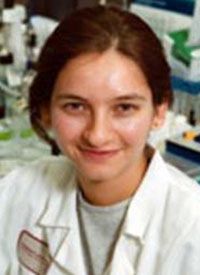 “BCMA is B-cell maturation antigen, which belongs to the tumor necrosis factor-α superfamily,” explained Raje. “BCMA is expressed on all multiple myeloma cells but not really on normal cells, so it tends to be a really good target [for treatment].”

Each modality has demonstrated high response rates in heavily pretreated patients. For example, in the phase II DREAMM-2 trial, the ADC belantamab mafodotin led to an overall response rate (ORR) of 31% in patients with relapsed/refractory disease who received the treatment at the recommended 2.5 mg/kg dose. Furthermore, the ORR was 34% in those who received belantamab mafodotin at 3.4 mg/kg.1 In January 2020, the FDA granted a priority review designation to a biologics license application for the agent as a treatment for patients who relapsed on prior therapy with an immunomodulatory drug (IMiD), a proteasome inhibitor (PI), and a CD38-directed antibody.

Additionally, data from a phase I trial showed that the BiTE AMG 420 elicited an ORR of 70% when administered at a maximum-tolerated dose of 400 µg/d in patients who received a median of 4 lines of prior therapy.2

Among CAR T-cell therapies, bb2121 is the furthest in development, said Raje. In the phase II KarMMA trial, idecabtagene vicleucel (ide-cel; bb2121) led to an ORR of 73.4% in patients who received the product across the target dose levels of 150 to 450 x 106 CAR T cells.3 All treated patients had received ≥3 prior therapies, including an IMiD, a PI, and a CD38-directed antibody, and all were refractory to the last regimen that they received.

Additionally, treatment with the CAR T-cell product JNJ-4528 was shown to induce an ORR of 100% in patients who received a median of 5 lines of therapy.4 In December 2019, the FDA granted a breakthrough therapy designation to JNJ-4528 for the treatment of patients with relapsed/refractory myeloma.

OncLive®: Could you discuss the success of BCMA-directed treatment approaches in myeloma?

Raje: We know BCMA is a good target based on some of the clinical data we have. Many different BCMA-directed approaches are under investigation. [There is an] entire spectrum of BCMA-directed strategies, which include conjugated antibodies, BiTEs, and most excitingly, cellular therapies, such as CAR T-cell therapy.

Starting with ADCs, could you discuss the data that have been reported with belantamab mafodotin?

Belantamab mafodotin is the GlaxoSmithKline conjugated antibody; it has MFA as its toxin. We have seen some impressive single-agent data. In the DREAMM-1 trial, the ORR was about 60%. [Updated data] showed that the [median] progression-free survival with the agent was about [12] months, which is quite remarkable. To put this in content, single-agent daratumumab (Darzalex) had a 30% response rate when we first started using CD38-directed therapies; this is double that rate, further demonstrating the efficacy of targeting BCMA. One of the toxicities [associated with belantamab mafodotin] that we struggle with is the ocular toxicity; it’s more of a corneal toxicity. To this end, different dosing schedules and different strategies are being [investigated]. The hope is that we can mitigate some of these toxicities so that patients can stay on this drug.

What would the potential implications be if the drug is approved?

Are any other notable ADCs in the pipeline?

Some of the others are very early on in development. A few are in phase I clinical trials; for example, one ADC from MedImmune and AstraZeneca is currently in clinical development. No data have been presented with that agent yet, but it has the same target [as belantamab mafodotin]. We're looking forward to seeing those data.

BiTEs are also under investigation. Could you discuss the research being done with AMG-420? Do any challenges exist with this agent?

BiTEs are novel drugs in myeloma. We have several BiTEs that are in clinical trials. We saw data from the 2019 ASH Annual Meeting and 2019 ASCO Annual Meeting [on these drugs], some of which has been published. The drug that’s the furthest along in development is AMG 420. In vivo, it targets BCMA; it has a different link or arm, which activates a patient’s T cells and brings them to the myeloma cells and kills them. For such a strategy to work in myeloma is incredible. It’s an off-the-shelf approach.

However, AMG 420 is a short-acting BiTE, so it has to be given continuously; this can be a little cumbersome because patients have to wear a pump in order to receive the drug. Regardless, it’s remarkable that patients with heavily relapsed/refractory myeloma are achieving minimal residual disease (MRD) negativity. We’re seeing very deep responses. Most importantly, some patients are on the drug for close to 1 year. Even so, AMG 420 is still in early stages of development.

Data with a BiTE from Celgene were also presented at the 2019 ASH Annual Meeting. Again, we’re seeing MRD-negative responses in patients. The difference between this BiTE and the Amgen BiTE is that it’s longer acting; as such, it doesn't have to be given as an infusion. Investigators are trying to make a subcutaneous formulation. The results we saw were really encouraging.

We’re just [scratching the surface] with BiTEs. We are trying to figure out how best to deliver [these agents]. Most of us are [pushing for] subcutaneous dosing, which we’re already doing with [PF-06863135]. I presented data on the agent at the 2018 ASH Annual Meeting. Initially, we were giving the agent intravenously every week. Now, it's going to be given subcutaneously because it's a longer-acting bite. We're seeing similar responses with all of these BiTEs, so there is a lot of excitement in the space. Over time, we're going to figure out which of these BiTEs is best suited for which patients, as well as what the toxicity profiles are.

How do you foresee personalized strategies with BiTEs?

I don't know if we have the answer to that because we're in such early stages of clinical development. The exciting piece here is we're seeing deep and durable responses in very refractory patients. We have to figure out what the toxicities are with these agents as well as determine the most convenient route of giving these drugs to patients. Over time, can we decrease the frequency of these BiTEs? Ongoing clinical trials are going to be critical in answering some of those questions. The fact that we’re even asking them is exciting.

Could you speak to the rationale for CAR T-cell therapy in myeloma?

CAR T-cell therapy is our first foray into cellular therapy; this approach is a little bit different from [that of ADCs and BiTEs], but the target is the same. Most of the cellular therapy products are targeted against BCMA. CAR T cells have to be generated. The T cells are taken from a patient, genetically modified, and then given back to the patient. The idea is the same as with [BiTEs and ADCs] in that they kill cancer cells. [The approach comes with] certain events that we’re familiar with, such as cytokine release syndrome and neurotoxicity. The toxicities associated with CAR T-cell therapy in [patients with] myeloma have been very manageable. We have been pleasantly surprised by that. This may be because we've gotten better at managing these toxicities.

Again, we’re seeing deep and durable responses among patients who really didn’t have any other option. Given its efficacy, we’re studying this approach earlier on in the course of myeloma. We have national and international trials that are evaluating cellular therapy at first relapse or at initial diagnosis. It’s an exciting area of research.

Could you highlight some of the products under investigation?

Many different products are out there, but bb2121 is the furthest in development. The data from the phase I trial of that product have been published. The phase II trial has completed accrual. Hopefully, those data will be submitted to the FDA for approval of what would be the first cellular therapy in multiple myeloma. The Janssen product is not far behind. We saw the data from the CARTITUDE-1 trial [with JNJ-4528] at the 2019 ASH Annual Meeting. The results were very impressive with a very high response rate; the 6-month follow-up showed pretty durable responses. We’ll have to wait and see how long those responses last. That’s the same product that was studied in China in the LEGEND-2 trial. We’re seeing very similar results.

Other CAR T-cell products have used lentiviral-based transfection. Others have used different methods to create a more durable CAR with even better responses. Many different approaches are being examined. Going forward, we will be studying [allogeneic] CAR T-cell therapy, which are off-the-shelf products. You don't need to wait 3 to 4 weeks to generate the CAR. We’ll be opening some of those clinical trials in the next couple of months at Massachusetts General Hospital, as well as other institutions around the country.