Jorge E. Cortes, MD, discusses the evolution of multiple myeloma treatment, the role of BCMA-directed therapies, and remaining questions that need to be addressed in this space 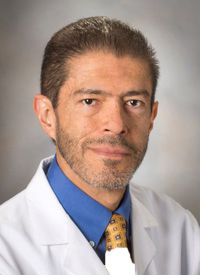 A significant uptick in investigational research regarding BCMA-directed therapies, specifically in the form of CAR T-cell therapies and antibody-drug conjugates (ADCs), has been underway to tailor therapies for patients with multiple myeloma and, in turn, enhance response rates, explained Jorge E. Cortes, MD.

"The advantage of BCMA is that it appears to be fairly selective for myeloma cells," said Cortes. "A lot of research is being directed toward using that factor to develop specific immunotherapies. We are starting to see some of that data emerge, and it is likely we will see approved agents for these indications in the next 2 to 3 years."

For example, the BCMA-directed antibody-drug conjugate (ADC) belantamab mafodotin demonstrated intriguing findings in the pivotal DREAMM-2 trial, in which the agent elicited an overall response rate (ORR) of 31% (97.5% CI, 20.8-42.6) in patients with relapsed/refractory myeloma who received the treatment at the recommended 2.5 mg/kg dose. In those who received belantamab mafodotin at 3.4 mg/kg, the ORR was 34% (97.5% CI, 23.9-46.0).

Based on these data, the FDA granted a priority review designation to the ADC in January 2020 as a treatment for patients with relapsed/refractory multiple myeloma who received prior therapy with an immunomodulatory drug, a proteasome inhibitor, and an anti-CD38 antibody.

In an interview with OncLive, Cortes, director of the Georgia Cancer Center at Augusta University, discussed the evolution of multiple myeloma treatment, the role of BCMA-directed therapies, and remaining questions that need to be addressed in this space.

OncLive: How has the treatment of patients with multiple myeloma transformed over recent years?

Cortes: The story with multiple myeloma has been dramatically changing in a relatively short period of time. When I started as a fellow, we were [exclusive giving patients] melphalan. Then the emergence of the vincristine, doxorubicin, and dexamethasone regimen was [revolutionary].

Now, we have all these remarkably effective drugs and, in particular, combination strategies. We are not using single-agent regimens, but rather we are combining proteasome inhibitors, CD30-directed monoclonal antibodies, and immunomodulatory agents, such as lenalidomide (Revlimid).

These combinations have given us remarkable responses to the point where we are getting a significantly higher rate of true complete remissions, with very little minimal residual disease in many patients. Our definition of responses may have evolved to emphasize how good the responses are.

While the role of transplant is not gone, we are thinking less about transplant; it is no longer a default for every patient.

Additionally, we are beginning to think about [implementing therapies] earlier in the course of disease. Should we start to treat patients with smoldering myeloma? In the past, we haven't because giving an alkylating agent to a patient with smoldering myeloma could create more problems. However, now we are starting to think that we should treat patients early because it may prevent progression to multiple myeloma.

What role does BCMA play as a target in multiple myeloma?

BCMA is an important target because it is very specific to myeloma cells. That opens the door to a lot of possibilities regarding the use of immunotherapy with monoclonal antibodies or CAR T-cell therapies, which may specifically direct toward this target.

The problem with developing these immune-based therapies is that, if you don't have a selective marker for the tumor, non-specific toxicities will be created. That is what happened in acute myeloid leukemia (AML), for example.

Could you discuss the rationale for utilizing ADCs in multiple myeloma?

ADCs are going to help because they allow you to direct cytotoxic agents specifically to the malignant clone. However, the challenge here again is that you need a specific selective marker that can do that. Targeting a protein that is expressed in many other cells that you do not want to destroy will result in a lot of toxicity. If you instead have a marker that is selected for the malignant clone, you can [eliminate much of that toxicity risk].

ADCs require 3 main elements: an antibody directed at a good target, an effective toxin to kill the malignant clone while minimizing toxicity in the surrounding cells, and a linker that will remain stable while connecting the antibody and the toxin. That linker should only break once the drug is inside the targeted cell.

We are starting to see some of these drugs emerge in other malignancies. In AML and acute lymphoblastic leukemia, for example, we have gemtuzumab ozogamicin (Mylotarg) and inotuzumab ozogamicin (Besponsa). We know the principle [behind ADCs] works, but now we need to expand it to other tumors, such as multiple myeloma, where we are starting to identify actionable markers.

What questions remain regarding some of these novel regimens or modalities in multiple myeloma?

We have gone from single agents, to doublets, to triplets, and now we are starting to see quadruplets. Combinations of standard triplet regimens, such as bortezomib (Velcade), lenalidomide, and dexamethasone, are now expanding to include daratumumab (Darzalex). Over the next few years, I anticipate that we are going to see a lot more of these quadruplets emerge.

The remaining question is, “Where do we use the quadruplets? Do we use them in every patient or only for high-risk patients?” 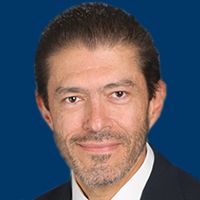 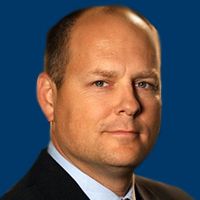 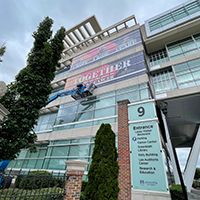 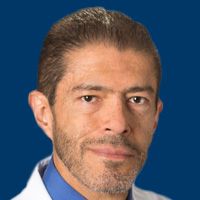 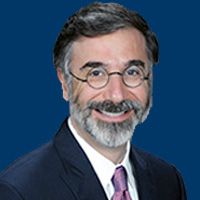