Miranda Gogishvili, MD, discusses the rationale for examining cemiplimab plus platinum-doublet chemotherapy as a frontline treatment in patients with advanced NSCLC and key findings from the phase 3 EMPOWER-Lung 3 trial. 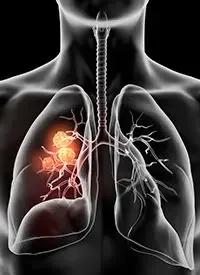 Cemiplimab-rwlc (Libtayo) plus platinum-doublet chemotherapy significantly improved outcomes when used in the frontline treatment of patients with advanced non–small cell lung cancer (NSCLC) compared with chemotherapy alone, according to Miranda Gogishvili, MD, who added that benefits were observed with the immunotherapy, even in difficult-to-treat subsets with diverse disease characteristics and varying levels of PD-L1 expression.

“EMPOWER-Lung 3 demonstrated that cemiplimab in combination with chemotherapy can significantly extend survival in patients with locally advanced or metastatic NSCLC across different PD-L1 expression levels in both squamous and nonsquamous histologies,” Gogishvili said. “Furthermore, these clinically meaningful benefits were achieved in a trial that enrolled patients with baseline characteristics commonly considered to be difficult to treat. The cemiplimab combination also demonstrated favorable patient-reported outcomes [PROs].”

In an interview with OncLive®, Gogishvili, medical oncologist at the High Technology Medical Center, University Clinic, discusses the rationale for examining cemiplimab plus platinum-doublet chemotherapy as a frontline treatment in patients with advanced NSCLC and key findings from the phase 3 EMPOWER-Lung 3 trial.

OncLive®: What was the rationale for conducting the EMPOWER-Lung 3 trial?

Gogishvili: Cemiplimab was approved earlier this year in both the United States and Europe. In Europe, the immunotherapy is a first-line treatment for patients with advanced NSCLC and a PD-L1 expression of 50% or greater based on results from the EMPOWER-Lung 1 trial [NCT03088540].

With EMPOWER-Lung 3, we set out to explore the combination of cemiplimab with platinum-doublet chemotherapy, which led to positive outcomes in patients with squamous and nonsquamous histologies, diverse disease characteristics seen in everyday clinical practice, and different levels of PD-L1 expression.

What is the importance of these findings taken in conjunction with EMPOWER-Lung 1?

What was the safety profile of the combination?

No new safety signals for cemiplimab were identified. Adverse effects [AEs] of any grade occurred in 96% of patients receiving the combination and 94% of those receiving chemotherapy alone; immune-related effects were reported in 19% and 0% [of patients], respectively.

What is the take-home message regarding this research?

These results add to the growing body of evidence supporting the use of cemiplimab as a component of treatment in patients with advanced NSCLC across multiple clinical settings.