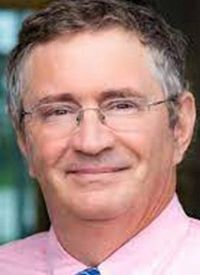 Moreover, the agent was found to have favorable tolerability, with similar rates of early and late adverse effects (AEs) in both treatment arms.

“We are very pleased with the survival and tumor outcome benefits observed in the final analysis of this proof-of-concept trial,” Mel Sorensen, MD, president and chief executive officer of Galera Therapeutics, Inc., stated in the press release. “The improvements across multiple efficacy parameters, together with the safety data, are encouraging and underpin the rationale for our 160-patient blinded, randomized GRECO-2 trial of GC4711 with SBRT in pancreatic cancer, where the primary end point is OS.”

Avasopasem manganese is a highly selective small molecule superoxide dismutase mimetic that is designed to convert superoxide to hydrogen peroxide and oxygen.

Patients enrolled to the investigational arm were slightly older, with a median age of 72 years vs 68 years in the control arm. The duration of prior chemotherapy was a median 21.9 weeks and 17.9 weeks in the placebo and avasopasem/SBRT arms, respectively. Across the arms, the median CA19-9 level was approximately 27, and few patients were smokers.

The primary end point of the trial was the first recommended dose of SBRT with avasopasem or placebo based on grade 3/4 gastrointestinal toxicity or death within 90 days after SBRT and the 90-day rate of local stable disease or better after SBRT. Key secondary end points comprised PFS, OS, local control, distant metastasis rate, objective response rate, and resectability.

The trial was divided into single-center and multicenter (n = 23) cohorts, the latter of which also included patients with borderline resectable disease. Data from the single-center cohort were previously presented during the 2020 ASTRO Annual Meeting and demonstrated that with a median follow-up of at least 1 year, the median OS had not yet been reached in the investigative arm (n = 11) vs 40.4 weeks in the SBRT-alone arm (n = 8; HR, 0.30; P = .046). Moreover, the median PFS was 29.3 months with avasopasem/SBRT vs 12.7 months with SBRT alone (HR, 0.40; P = .078).

Data from the pilot trial have reinforced the rationale for the double-blind, placebo-controlled, phase 2b GRECO-2 trial (NCT04698915), in which investigators are comparing the safety and efficacy of avasopasem with placebo in patients with locally advanced pancreatic cancer who are undergoing SBRT.

To be eligible for enrollment, patients need to be at least 18 years of age, have histological or biopsy-proven adenocarcinoma of the pancreas, have newly diagnosed pancreatic cancer that has been judged by a tumor board to be feasible for mFOLFIRINOX and SBRT, and have nonmetastatic disease following 3 months of chemotherapy.4 Moreover, patients needed to have an ECOG performance status of 0 to 2 and acceptable end-organ function.

If patients had documented metastatic disease, received frontline chemotherapy other than (m)FOLFIRINOX and/or chemotherapy given for a total period of longer than 4 months before the start SBRT, had previously received abdominal radiotherapy with substantial overlap in radiation fields, have not recovered from treatment-related AEs, or an uncontrolled malignancy other than prostate cancer, they were excluded.

GRECO-2 was initiated in May 2021 and is anticipated to enroll about 160 patients.

“We are excited to see the final results from this trial and enthusiastic to participate in the phase 2b GRECO-2 trial,” Sarah Hoffe, MD, section head of GI radiation oncology at H. Lee Moffitt Cancer Center and Research Institute, stated in a press release. “These observed OS rates are particularly encouraging in pancreatic cancer, as this patient population faces a difficult diagnosis with high rates of distant metastasis and low rates of cure.”