In May 2016, the FDA approved ibrutinib for the first-line treatment of patients with CLL based on the phase III RESONATE-2 data showing improved progression-free survival (PFS) with the agent over chlorambucil. Recently, a long-term update of the trial showed overall survival (OS) rates of 83% with ibrutinib versus 68% with chlorambucil after 60 months of follow-up for patients with CLL aged 65 years and older. Additionally, PFS estimates were 70% versus 12% after 5 years, respectively.

In November 2019, acalabrutinib was approved for adults with CLL or small lymphocytic leukemia based on the ELEVATE-TN trial for patients with previously untreated CLL and the ASCEND trial for relapsed/refractory disease. Though the data are less mature, it appears similar to that of ibrutinib, expresses Kahl.

Both agents suggest similar efficacy and are good BTK inhibitor options for CLL. There may be slightly increased toxicity with ibrutinib versus acalabrutinib. Finally, ibrutinib is a once daily regimen compared with the twice-daily schedule with acalabrutinib, concludes Kahl. 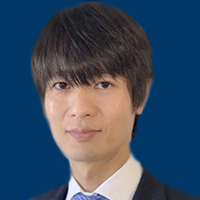