A major barrier to routine genomic profiling of tumors in patients with biliary tract cancer is the lack of adequate tumor tissue in the biopsy samples; the analysis of circulating tumor DNA present in the plasma, is emerging as a promising alternative. 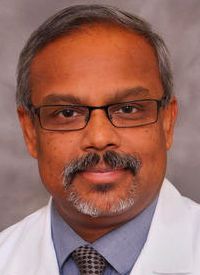 A major barrier to routine genomic profiling of tumors in patients with biliary tract cancer (BTC) is the lack of adequate tumor tissue in the biopsy samples, with 1 study reporting a 26.8% rate of sample failure for tissue-based genomic profiling, primarily due to inadequate tumor content in the sample.1 Furthermore, the turnaround time for tissue-based genomic profiling is approximately 3 to 4 weeks, which is a significant obstacle to enrollment in clinical trials investigating targeted therapies in the first-line setting. In this context, the analysis of circulating tumor DNA (ctDNA) present in the plasma, is emerging as a promising alternative.

BTC, a heterogeneous group of adenocarcinomas originating from the epithelial layer of the biliary tree lining, consists of a number of subgroups based on the anatomical site of origin: intrahepatic cholangiocarcinoma (iCCA), gallbladder carcinoma (GBC), and extrahepatic cholangiocarcinoma (eCCA).2 Although BTC is an uncommon cancer in Western countries, a steady rise in the incidence of BTC from 0.44 to 1.18 cases per 100,000 has been observed in the past 3 decades, primarily due to the increasing incidence of iCCA.3,4

Sixty percent to 70% of patients present with advanced BTCs and are not amenable to curative resection, while a high proportion undergo putatively curative resection experience disease recurrence.5 The prognosis of patients with advanced BTC is dismal even with current therapies, with a median overall survival (OS) of 12 months and a 5-year survival rate of 10%, underscoring an unmet need for novel therapeutic approaches in this population.6

Genomic profiling of tumors has revealed that BTC is a target-rich malignancy with actionable genetic alterations present in approximately half of the patients.7,8 Moreover, therapies targeting genomic alterations that drive tumor growth are expanding rapidly, leading to the discovery of a plethora of actionable targets. Some of the actionable genomic targets in BTC include FGFR2 fusions or other rearrangements, IDH1/2 mutations, DNA damage repair pathway alterations including BRCA and BAP1, HER2, PIK3CA, BRAF V600E, NTRKfusions, mismatch repair deficiency (dMMR), high tumor mutational burden (TMB; defined as ≥10 mutations/megabase), and VEGFR.6

Noteably, pemigatinib (Pemazyre) was approved by the FDA in April 2020 for use in patients with chemotherapy-refractory disease and a FGFR2 fusion based on the results of the phase 2 FIGHT-202 study (NCT02924376).9 Moreover, a recent retrospective cohort study done in patients with advanced BTC demonstrated a significantly longer progression-free survival (PFS), a higher response rate, and a higher disease control rate (DCR) with therapies targeting genomic alterations compared with unmatched therapies.10

The largest study of ctDNA-based profiling in 124 patients with advanced BTC reported the presence of at least 1 therapeutically relevant alteration in 55% of patients. Of these patients, 21% had 1 of the frequently occurring alterations, including a BRAF mutation, ERBB2 amplification, FGFR2 fusions or mutations, and IDH1 mutation.11 Results from the study demonstrated that the overall genomic landscape was different between iCCA and eCCA/GBC. Moreover, therapeutically useful alterations were more frequently reported in patients with iCCA vs eCCA/GBC, with FGFR2 being the most frequent (7%) alteration observed in iCCA. However, this study did not report the proportion of patients who received ctDNA-guided therapies or their outcome with treatment.

The following questions still need to be addressed before ctDNA-based genomic profiling can be widely adopted and used to guide therapy in patients with advanced BTC:

Several retrospective feasibility studies have reported a high concordance of genomic alterations between tissue- and ctDNA-based profiling in patients with advanced BTC. The study reported by Thomas J. Ettrich, MD, of Ulm Univrsity Hospital, and colleagues, indicated that the mutations detected in 23 blood-tumor pairs were concordant in 74% of patients, with a higher concordance in patients with iCCA (92%) vs those who had eCCA (55%).12 Rikke Fredslund Andersen, MD, of the University of Southern Denmark, reported a 100% concordance between tissue- and blood-based sequencing in 5 patients.13

A larger retrospective study reported that overall concordance was higher between ctDNA and metastatic site tissue DNA than between ctDNA and primary tumor DNA (78% vs 65% for TP53 mutations; 100% vs 74% for KRAS alterations; and 100% vs. 87% for PIK3CA mutations),10 suggesting that ctDNA possibly detects the additional mutations developed in metastatic tumors. These studies provide preliminary evidence that ctDNA-based genomic profiling can be utilized for therapy selection in patients with advanced BTC.

Studies investigating the efficacy of ctDNA-guided therapies in patients with advanced BTC are sparse. Ryosuke Okamura, MD, of the UC San Diego Moores Cancer Center, reported the presence of at least 1 targetable alteration in 76% of patients (n = 54/71) who underwent ctDNA-based profiling.10 This study also reported a significantly longer PFS (HR, 0.60; 95% CI, 0.37-0.99; P = .047 ) and higher DCR (61% vs 35%, respectively; P = .04) in patients who received genomic target–matched therapies vs patients treated with unmatched therapies. However, this study did not report the proportion of patients receiving ctDNA-guided systemic therapy.11

Another potential application of ctDNA in advanced BTC is monitoring for the emergence of resistance. Lipika Goyal, MD of Massachusetts General Hospital, analyzed serial ctDNA samples in 3 patients with advanced iCCA who were enrolled in a phase 2 study (NCT02150967) of the FGFR inhibitor BGJ398. The patients were able to achieve significant tumor shrinkage while on the agent. ctDNA samples were collected at baseline and at the time of radiologic progression.14 The serial ctDNA analysis identified the appearance of de novo point mutations in the FGFR2 gene, conferring resistance to BGJ298 that coincided with radiologic progression. Similarly, the study by Ettrich also showed a shift in the mutational profile—63% of therapy-naïve patients had their mutational profile change when treated with first-line chemotherapy. Furthermore,a significant correlation was reported between the ctDNA variant allele frequency and PFS.12 These studies provide early evidence of the feasibility of monitoring genomic tumor evolution in patients who are receiving targeted therapies.

Despite this encouraging preliminary data, several barriers stand in the way of adopting ctDNA-guided therapy in clinical practice. One critical question is the extent to which the genomic alterations detected by ctDNA analysis reflect the tumor biology. Furthermore, a variety of technical and biological factors influence the ctDNA assay and can result in false-positive or false-negative results. The analytical sensitivity of the assay continues to represent a significant hurdle, especially in patients with a low tumor burden or tumors in the sanctuary sites (e.g., peritoneal disease) who have a low frequency of target alterations.

Prospective trials have to address these issues and validate the utility of ctDNA-guided therapy in advanced BTC. Regardless, ctDNA technology presents a unique opportunity to help improve the treatment of patients with advanced BTC.