A new drug application has been submitted to the FDA for ripretinib for use as a treatment for patients with advanced gastrointestinal stromal tumors who have previously received treatment with imatinib, sunitinib, and regorafenib. 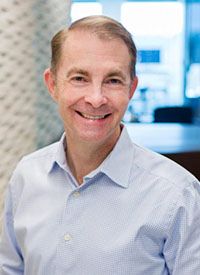 A new drug application (NDA) has been submitted to the FDA for ripretinib for use as a treatment for patients with advanced gastrointestinal stromal tumors (GIST) who have previously received treatment with imatinib (Gleevec), sunitinib (Sutent), and regorafenib (Stivarga).1

The application is based on findings from the phase III INVICTUS trial, in which the investigational broad-spectrum KIT and PDGFRα inhibitor ripretinib led to an 85% reduction in the risk of progression or death compared with placebo for heavily pretreated patients with advanced GIST.2

“The NDA submission for ripretinib marks an exciting milestone as we work towards delivering a potential new treatment option for people with advanced GIST,” Steve Hoerter, president and chief executive officer of Deciphera, the manufacturer of ripretinib, stated in a press release. “We look forward to working with the FDA through their review of our application, and we remain focused on preparing for the potential launch of ripretinib in the United States, if approved.”

The NDA is being reviewed through the FDA’s Oncology Center of Excellence Real-Time Oncology Review pilot program, which is designed to have a more efficient review process to quickly make more treatments available to patients, while maintaining and improving review quality.

In October 2019, ripretinib was also granted a breakthrough therapy designation by the FDA as a treatment for this patient population, also based on the INVICTUS data.

In the double-blind INVICTUS trial, patients were randomized 2:1 to receive ripretinib at 150 mg daily (n = 85) or placebo (n = 44). The study was designed to assess open label ripretinib beyond progression but findings for this arm have not yet been presented. The median age of patients was 60 years, with more aged 75 or more in the placebo group (9% for ripretinib versus 23% for placebo). Two-thirds of patients had received 3 prior therapies, and a third had received ≥4 (range, 4-7). The most common mutation was at KIT exon 11 (58%) followed by KIT exon 9 (16%).

Results showed that the median progression-free survival (PFS) was 6.3 months with ripretinib compared with 1.0 months for placebo (HR, 0.15; 95% CI, 0.09-0.25; P <.0001). Additionally, there was a 64% reduction in the risk of death with ripretinib compared with placebo, which was a secondary endpoint. The median overall survival was 15.1 versus 6.6 months for ripretinib and placebo, respectively (HR, 0.36; 95% CI, 0.20-0.63; P = .0004). However, the hierarchical testing procedures utilized for the study prevented a conclusive establishment of statistical significance for OS.

Additionally, the objective response rate with ripretinib was 9.4% compared with no responses in the placebo group (P = .0504). These findings were not statistically significant, which impacted the ability to effectively test the significant of OS data, given the design of the INVICTUS statistical analysis. The median duration of response had not yet been reached, with 7 of 8 patients continuing to respond at the time of the data cutoff of May 31, 2019.

Enrollment is currently ongoing in the phase III randomized INTRIGUE study (NCT03673501), which is looking at ripretinib versus sunitinib for patients with GIST following prior imatinib. The second-line study plans to recruit 358 patients with advanced GIST and has an estimated completion date of June 2021.

GIST affects the digestive tract or nearby structures within the abdomen and often presents in the stomach or small intestine. The malignancy is the most common sarcoma of the gastrointestinal tract; approximately 4000 to 6000 new GIST cases each year in the United States, with a similar incidence rate in European and other countries.