The FDA has issued a complete response letter to Advanced Accelerator Applications informing the company that its new drug application for Lutathera as a treatment for patients with gastroenteropancreatic neuroendocrine tumors would need to be resubmitted.

The FDA has issued a complete response letter (CRL) to Advanced Accelerator Applications informing the company that its new drug application for Lutathera (177Lutetium DOTA-octreotate) as a treatment for patients with gastroenteropancreatic neuroendocrine tumors (GEP-NETs) would need to be resubmitted.

The CRL, which follows a discipline review letter (DRL) issued in November, requests new subgroup data, a safety update, and that revisions be made to the previously submitted data. The letter did not request the initiation of additional studies of Lutathera.

“We are pleased that the CRL reiterates the issues previously raised by the DRL, and does not contain any other significant requirements,” Stefano Buono, CEO of Advanced Accelerator Applications, said in a statement. “Receiving the DRL in advance of the CRL was helpful, as we are already working on revising the datasets, and will incorporate the requested supplemental information into our resubmission.”

In June 2016, the FDA had granted a priority review designation to the peptide receptor radionuclide therapy Lutathera based on the phase III NETTER-1 trial, which compared Lutathera with high-dose octreotide LAR for patients with grade 1 or 2 metastatic midgut NETs. In this trial, there was a 79% reduction in the risk of progression or death with Lutathera compared with octreotide. The FDA had been scheduled to make its final decision by December 28, 2016.

In the phase III study, 229 patients with midgut NETs who progression on standard-dose octreotide (30 mg) were randomized to Lutathera (n = 116) or high-dose octreotide (n = 113). Four doses of Lutathera were administered at 7.4 GBq every 8 weeks in combination with octreotide at 30 mg for symptom control. In the control arm, patients received octreotide LAR at 60 mg every 4 weeks, which was the control arm recommended by the FDA and European Medicines Agency.

Baseline characteristics were well balanced between the two arms. The mean age of patients in the investigational arm was 63 years (±9) and the mean BMI was 25 (±5). The primary tumor site was the ileum (74%) and the most common sites of metastasis were the liver (84%), lymph nodes (66%), and other locations (35%). All patients had somatostatin receptor-positive tumors, the majority of which were grade 4 on the Krenning scale (60%).

Lutathera consists of the somatostatin analog octreotide connected with the beta and gamma emitting radiopharmaceutical 177Lutetium (177Lu). The 2 components are connected using the chelator DOTA. Lutathera represents a new generation of PRRT, and has been tested in several single-arm studies. In these trials, the median PFS ranged from 1 to 3 years. 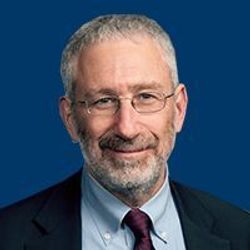 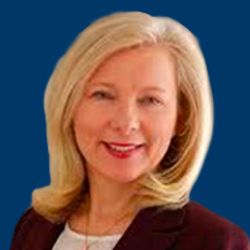