The European marketing authorization application of infigratinib for the treatment of advanced cholangiocarcinoma harboring FGFR2 fusions or rearrangements has been withdrawn by Helsinn Birex Pharmaceuticals. 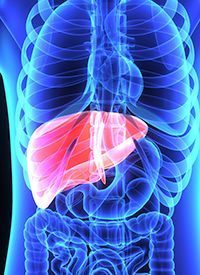 The European marketing authorization application of infigratinib (Febseltiq) for the treatment of patients with advanced cholangiocarcinoma harboring FGFR2 fusions or rearrangements has been withdrawn by Helsinn Birex Pharmaceuticals, according to an announcement from the European Medicines Agency (EMA).1

At the time of the withdrawal, the EMA had expressed concerns based on a review of the data from phase 2 trial (NCT02150967), which supported the application. The EMA’s provisional opinion was that infigratinib could not have been authorized for the treatment of patients with cholangiocarcinoma.

The EMA noted that the company still needed to show that the infigratinib’s benefits outweighed its risks, with the regulatory agency noting that there was insufficient evidence that infigratinib worked well against tumors and was associated with a number of severe adverse effects (AEs).

The EMA announced that in a letter notifying the regulatory agency of the withdrawal of the application, Helsinn Birex Pharmaceuticals stated that it had decided to stop development of the medicine after it had reassessed its regulatory and business strategy.

In May 2021, the FDA approved infigratinib for the treatment of patients with previously treated locally advanced or metastatic cholangiocarcinoma harboring an FGFR2 fusion or rearrangement, based on data from the phase 2 study.2

Findings from the trial showed that in 108 patients who had undergone at least 1 previous treatment for advanced cholangiocarcinoma, infigratinib elicited a confirmed objective response rate (ORR) of 23% (95% CI, 16%-32%), and the median duration of response (DOR) was 5.0 months (95% CI, 3.7-9.3 months).3

The open-label phase 2 study enrolled patients with unresectable locally advanced or metastatic cholangiocarcinoma who had progressed on, or were intolerant to, gemcitabine-based chemotherapy. To be eligible for enrollment on the trial, patients had to have tumors that harbored FGFR gene fusions or rearrangements.

The trial was comprised of 3 cohorts:

All enrolled patients received single-agent infigratinib at a dose of 125 mg orally, once daily for 21 days in every 28-day treatment cycle.

Regarding safety, the most common treatment-emergent AEs (TEAEs) of any grade were hyperphosphatemia, eye disorders, stomatitis, and fatigue. Other common grade 3/4 TEAEs included stomatitis, hyponatremia, and hypophosphatemia.