Checkpoint inhibitors have failed to improve progression-free survival and overall survival as second-line therapy and maintenance therapy in small cell lung cancer, but this class of agents continue to show encouraging activity worthy of a paradigm shift up front.

Listen to this article.

Checkpoint inhibitors have failed to improve progression-free survival (PFS) and overall survival (OS) as second-line therapy and maintenance therapy in small cell lung cancer (SCLC), but this class of agents continue to show encouraging activity worthy of a paradigm shift up front.

The frontline role with immunotherapy has extended to patients with mesothelioma, as well.

“SCLC and mesothelioma have been difficult cancers to treat, and immunotherapy has not made an impact until very recently, where, in the first-line setting, we have improved outcomes and new standards of care for the treatment of SCLC and mesothelioma,” said Naiyer A. Rizvi, MD, Price Family ​Professor of ​Medicine, director of Thoracic Oncology, and co-director of Cancer Immunotherapy at Herbert Irving Comprehensive Cancer Center, Columbia University Medical Center, said in a presentation during the 5th Annual International Congress on Immunotherapies in Cancer™.

The first robust trial that demonstrated the potential for immunotherapy up front was the phase 3 IMpower133 trial. In the trial, patients with extensive-stage SCLC were randomized 1:1 to 1200 mg of intravenous atezolizumab (Tecentriq) plus carboplatin or etoposide for four 21-day cycles, or placebo plus carboplatin or etoposide followed by maintenance atezolizumab and placebo, respectively.

“IMpower133 is really the first study in over 20 years to really show a meaningful improvement in OS vs standard of care in first-line SCLC. These data led to the adoption of chemotherapy plus immunotherapy as a first-line standard of care for extensive-stage SCLC,” said Rizvi.

In an exploratory analysis, tumor mutational burden was not shown to be predictive of an improvement in OS for durvalumab plus or minus tremelimumab/etoposide vs etoposide alone, indicating that the marker should not be used to select patients for treatment.4

Despite the progress that has been made, there is room for improvement, said Rizvi, who cited the phase 3 SKYSCRAPER-02 trials as 1 study that could push the needle further.

Immunotherapy has also been subject to research in mesothelioma, explained Rizvi, who pointed to the phase 3 CheckMate 743 trial, where patients with malignant pleural mesothelioma will be randomized 1:1 to 3 mg/kg of nivolumab (Opdivo) every 2 weeks plus 1 mg/kg of ipilimumab (Yervoy) every 6 weeks or cisplatin or carboplatin plus pemetrexed for 6 cycles.

“These data are really meaningful, supporting immunotherapy only as first-line therapy [in mesothelioma],” said Rizvi.

PER® International Congress on Immunotherapies in Cancer: Focus on Practice-Changing ApplicationConferenceImmuno-OncologyLung CancerImmunotherapy in Lung Cancer 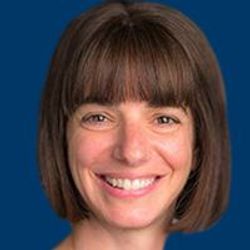 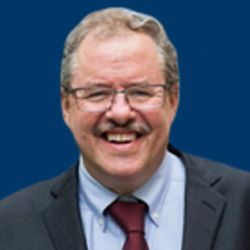