Senior Editor, OncLive®
Denise Myshko is your editorial contact for the Oncology Business Management section of OncologyLive, as well as the corporate newsletters. She joined OncologyLive in March 2020. Before that, she was managing editor of PharmaVOICE, a trade publication in the pharmaceutical industry. Email: dmyshko@onclive.com

Investigators have launched the Epidemiology of Young Lung Cancer study to identify risk factors that can help shed light on why lung cancer develops in the younger population.

During the past decade, evidence has been building that non–small cell lung cancer (NSCLC) has a distinct clinical and genomic profile in patients 40 years and younger. Now investigators have launched the Epidemiology of Young Lung Cancer (EoYLC) study (NCT04640259) to identify risk factors that can help shed light on why lung cancer develops in the younger population.1

Using an innovative web-based format, the EoYLC study will survey patients diagnosed with primary NSCLC before age 40 about their medical history, demographics, and environmental exposures, along with other epidemiological questions. Patients also will be asked to submit blood samples for genetic analysis.

The Addario Lung Cancer Medical Institute (ALCMI) is sponsoring the study in collaboration with the GO2 Foundation for Lung Cancer. Investigators are seeking to build on findings from the Genomics of Young Lung Cancer (GoYLC) study (NCT02273336), also conducted by the ALCMI in patients younger than 40 years, which found that approximately 84% of participants with lung adenocarcinoma, the most prevalent NSCLC subtype, had specific genomic mutations treatable with targeted therapies. This is a significantly higher percentage than found in the general lung cancer population.2

“We’re trying to understand the personal exposures that could be responsible for the increasing incidence of lung cancer in young adults,” said coprincipal investigator Jorge J. Nieva, MD, associate professor of clinical medicine at the University of Southern California’s Keck School of Medicine in Los Angeles. “This could help clinicians to identify and target younger, high-risk patients for further screening either with CT scans or biopsies.”

Lung and bronchus cancers are the second most common malignancy (behind female breast cancer) in the United States, representing 12.7% of all new diagnoses, according to the National Cancer Institute’s Surveillance, Epidemiology, and End Results Program (SEER). Lung cancer is most frequently diagnosed among patients aged 65 to 74 years (median, 71), with only 0.2% of new cases detected in patients aged 20 to 34 years and 0.9% in those aged 35 to 44 years. Similarly, only 0.1% of those who die of lung and bronchus cancer are aged 20 to 34 years and 0.6% are aged 35 to 44 years.3

Investigators are beginning to understand that lung cancer in younger patients is different from that of older patients. Patients with NSCLC 40 years or younger typically present with nonspecific respiratory symptoms and have advanced disease at diagnosis, according to findings from a study by investigators from Harvard Medical School and Massachusetts General Hospital, both in Boston. Results were published in Clinical Lung Cancer in October 2020.4

The retrospective analysis is the largest study of the clinicopathologic features of lung cancer in younger patients, investigators said. They determined presenting symptoms, clinical and genomic characteristics, and imaging features for 166 patients treated at Massachusetts Genera Hospital between January 1998 and December 2018 and compared these factors with information about older patients gleaned from SEER statistics.

A study published in JAMA Oncology found that, among patients tested for 5 genetic alterations, younger age was associated with an increased frequency of a targetable genotype (P < .001). Patients diagnosed with NSCLC before the age of 50 had a 59% increased likelihood of harboring a targetable genotype compared with older patients. Genomic alterations were observed in 78% of patients younger than 50 (n = 160) vs 49% of those older than 50 (n = 547).8

Although smoking remains the biggest risk factor for the development of lung cancer,3 the fact that many younger patients with NSCLC have never smoked raises important research questions.

For example, investigators for the GoYLC study presented preliminary data at the 2016 American Society of Clinical Oncology Annual Meeting showing that patients with ROS1 fusion were never-smokers without exposure to secondhand smoke and that, compared with those with EGFR and ALK aberrations, had a higher proportion of family history of lung cancer.5

The EoYLC study will explore underlying factors associated with the development of the malignancy, Nieva said. “For patients who have driver mutations such as EGFR, ALK, ROS1, NTRK, and others, smoking plays almost no role in the disease,” he said in an interview. “The question, then, is what does? At this point, we really don’t know and that’s why this is study is necessary.”

The impetus for studying risk factors for younger patients began with the lung cancer death of a 22-year-old athletic never-smoker, explained Bonnie J. Addario, founder of ALCMI, in an article for CURE®.9 With its focus on genomics in this patient population, the GoYLC study was the first of its kind, said Addario, a stage IIIB lung cancer survivor whose foundation has sponsored a keynote lecture for the past 13 years at the International Lung Cancer Congress® that is hosted annually in July by Physicians’ Education Research®, LLC, (PER®).

For the EoYLC study, investigators are seeking to recruit 250 patients with primary NSCLC between the ages of 18 and 39 years who live in the United States. Participants will be asked to complete an online survey of approximately 200 questions about their medical history, demographics, active and passive smoking history, environmental exposures, and lifestyle (Figure). The primary end point is correlations between these variables.

Investigators will also ask participants to provide a blood sample for future correlative studies. The samples will be available to genetic scientists, and EoYLC organizers are seeking proposals for further study.

“We don’t have a defined experimental technique already planned for the blood samples,” Nieva said. “The hope is that by letting different people look at this dataset, we will be able to hopefully confirm any findings from 1 laboratory to another.”

Participants will be divided into 5 cohorts with 50 patients each, based on mutational status, with groups for those with EGFR, ROS1, ALK, and KRAS alterations and a cohort for other NSCLCs. The final cohort be separated into 2 groups of 25 patients each. The first will include uncommon NSCLC aberrations for which targeted therapies exist such as RET or NTRK fusions, and BRAF V600E, MET exon 14 skipping mutations, and other EGFR mutations. The second group will include mutations without targeted therapies, including those in TP53, NF1, PIK3CA, RB1, non-V600E BRAF, and NTRK.

In the first week after the study was opened in February 2021, investigators recruited 30 patients, Nieva said, adding that he hopes to have enrollment completed within 6 months and to have an analysis available in 2022.

Also serving as coprincipal investigators for the study are Barbara Gitlitz, MD, medical director, product development at Genentech; and Narjust Duma, MD, assistant professor in hematology/oncology at the University of Wisconsin in Madison. 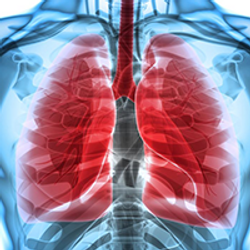