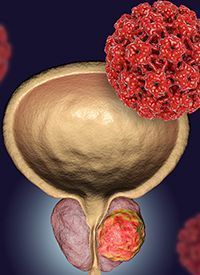 “We can conclude that the phase 2 trial is positive and the [radionuclide therapy] is promising in this indication,” said Eric Baudin MD, PhD, who is the lead study author and head of the Endocrine Tumors Committee of Gustave Roussy, in Villejuif, France, said in a presentation on the data. “This trial could be practice changing.”

Only 5 systemic options are available for this population: streptozotocin-based chemotherapy, everolimus (Afinitor), sunitinib, lanreotide (Somatuline), and Lutathera. Early findings from retrospective studies and phase 2 trials have shown that PRRT can result in partial responses in those with this disease who are somatostatin receptor imaging (SRI) positive. However, there has yet to be a published randomized trial examining the role of PRRT in this population.

To this end, investigators launched OCCLURANDOM, the first randomized trial in the field of PRRT done in patients with advanced sporadic progressive pancreatic neuroendocrine tumors. The trial utilized a single-stage Fleming design. The hypothesis was that Lutathera would improve the 12-month PFS rate by 25%, going from 35% to 60%. The sunitinib arm served as the internal control to validate the hypothesis.

“If 35% is included in the 90% confidence interval of the 12-month PFS rate of the sunitinib arm, the final conclusion will be the Fleming design conclusion,” Baudin noted.

To be eligible for enrollment, patients were required to have pretreated malignant, nonresectable progressive neuroendocrine pancreatic tumors that were SRI positive and evaluable by RECIST v1.1 criteria. If patients had received more than 1 line of cytotoxic chemotherapy, had abnormal cardiac or renal functions, or had prior exposure to TKIs or PRRT, they were excluded.

Participants were enrolled to the non-comparative, randomized trial between February of 2015 and July 2020. They were randomly assigned to receive 4 infusions of Lutathera at 7.4 GBq at 8 ± 1-week intervals or sunitinib at a daily dose of 37.5 mg until disease progression or intolerance. Efficacy assessments were done every 12 weeks. At 12 months, the primary end point of 12-month PFS rate achieved with Lutathera was assessed. Secondary end points comprised PFS, time to progression, best overall response, safety, quality of life, and overall survival.

The phase 2 trial is a non-comparative and randomized study with a single-stage Fleming design. Investigators hoped to improve the rates of 12-month PFS rates in the patient population, improving on the standard-of-care.

A total of 84 patients were enrolled to the trial over the course of 5 years. Most patients in the Lutathera and sunitinib arms had World Health Organization grade 2/3 disease (81% in both); 37% in both arms had Ki67 of greater than 10%. Moreover, 42% of those who received Lutathera had received 2 or more prior lines of therapy vs 44% of those who received sunitinib; 56% and 58% of patients, respectively, had prior chemotherapy.

Of the 84 patients, 53% experienced grade 3 or 4 effects; this included 44% and 63% of those in the Lutathera and sunitinib arms, respectively. The most common grade 3 or 4 adverse effects (AEs) observed in these arms were blood toxicities (12% vs 23%, respectively), digestive toxicities (12% vs 21%), fatigue (7% vs 12%), and hypertension (12% vs 19%). Two patients who received Lutathera and 9 patients who received sunitinib withdrew from treatment because of toxicity.

In the Lutathera arm, the following cancers were diagnosed after enrollment: thymoma (n = 1), basal cell carcinoma (n = 1), and myelodysplastic syndrome (n = 1); in the sunitinib arm, 1 patient had gastrointestinal stromal tumor.

Ongoing phase 3 trials, such as COMPETE (NCT03049189) and COMPOSE (NCT04919226), will aim to confirm the role of PPRT in patients with unresectable, progressive neuroendocrine pancreatic tumors. Investigators hope that findings from these efforts will also shed light on optimal sequencing.

“Important results are pending, including long-term AEs, best response, antitumor efficacy of both agents after cross over, and OS,” Baudin concluded.