Merck has withdrawn pembrolizumab from the US market for the treatment of patients with metastatic small cell lung cancer who experienced disease progression on or after platinum-based chemotherapy and at least 1 previous line of treatment. 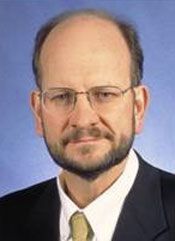 Merck has withdrawn pembrolizumab (Keytruda) from the US market for the treatment of patients with metastatic small cell lung cancer (SCLC) who experienced disease progression on or after platinum-based chemotherapy and at least 1 previous line of treatment, according to an announcement from the pharmaceutical company.1

The continued approval of the agent was contingent on the completion of the phase 3 confirmatory KEYNOTE-604 trial (NCT03066778) to establish the superiority of pembrolizumab with regard to overall survival.

Following a consultation with the FDA, the pharmaceutical company decided to withdraw the SCLC indication from the US market. This action was done in accordance with the regulatory agency’s standard procedures for assessing accelerated approvals that have not met their post-marketing requirements and as part of a bigger industry-wide evaluation.

“The accelerated pathways created by the FDA have been integral to the remarkable progress in oncology care over the past 5 years and have helped many [patients with] cancer [who have] advanced disease, including SCLC, access new treatments,” Roy Baynes, MD, PhD, senior vice president and head of global clinical development, as well as chief medical officer of Merk Research Laboratories, stated in a press release. “[Pembrolizumab] remains a foundational treatment for certain patients with metastatic non–small cell lung cancer. We will continue to rigorously evaluate the benefits of [pembrolizumab] in SCLC and other types of cancer, in pursuit of Merck’s mission to save and improve lives.”

In KEYNOTE-604, investigators enrolled patients with stage IV SCLC who did not receive previous systemic therapy and had an ECOG performance status of either 0 or 1. To be eligible for enrollment, patients had to have acceptable organ function and a life expectancy of 3 months or longer. Patients could not have unstable brain metastases.

At baseline, the median age of participants was 64.5 years, 64.9% of patients were male, and 74.4% had an ECOG performance status of 1. Additionally, the majority of patients were former or current smokers, more than half had lactate dehydrogenase that was above the upper limit of normal, 12.15% had brain metastases and 41.3% had liver metastases.

Regarding safety, all patients on the pembrolizumab arm experience all-grade adverse effects (AEs) versus 99.6% of those who received the placebo; 76.7% and 74.9%, respectively, were grade 3 or higher in severity. Additionally, 6.3% of patients on the experimental arm had grade 5 toxicity vs 5.4% of those on the control arm.