Matthew H. Kulke, MD, MMSc, has been a leader in the development of new therapies and clinical management strategies for patients with neuroendocrine tumors (NETs).

OncLive: What are NETs and how are they currently treated?

Kulke is director of the Program in Neuroendocrine and Carcinoid-Tumors at Dana-Farber/ Brigham and Women’s Cancer Center and an associate professor of Medicine at Harvard Medical School. In an interview with OncLive, he described the clues obtained from genome sequencing studies in this tumor type and the pressing need for further research.Kulke: NETs tend to be divided into two main groups: one group are pancreatic NETs and the second group are carcinoid tumors. The treatment options differ to some extent for the two tumor types but there are also some parallels. Really, for both tumor types right now, most people will start treatment with a somatostatin analog and these have been shown to both improve symptoms related to hormone secretion and also slow down tumor growth.

What are the key molecular drivers of NETs?

For pancreatic NETs, there are several system ic treatment options. These include treatment with an mTOR inhibitor, everolimus; treatment with a VEGFR-targeted tyrosine kinase inhibitor, sunitinib; and treatment with chemotherapy, usually with alkylating agents like temozolomide. Then, for the carcinoid tumors, beyond somatostatin analogs, treatment with everolimus has recently been shown to be effective in a clinical trial and was approved by the FDA. There’s also early data showing that treatment with radiolabeled somatostatin analogs is effective.In terms of the molecular drivers, I would say that much remains unknown. What we know in pancreatic NETs is that there are common mutations in three genes and those are MEN1, DAXX, and ATRX. Those genes are really tumor suppressor genes, so they have a different function from the oncogenes that are commonly targeted in other malignancies. The function of those three genes at this point is not fully understood.

What have genome sequencing studies taught us about NETs?

Rarely, in pancreatic NETs there are mutations in genes in the mTOR pathway and right now whether mutations in those genes are associated with response to mTOR inhibitors is an area of active investigation.The main study in pancreatic NETs was a study by Jiao and colleagues published in Science a few years ago and that was a whole-genome sequencing study. In carcinoid tumors, there have been two studies that performed whole-genome sequencing in small bowel carcinoid tumors. One was a study by Francis and colleagues, published in Nature Genetics and then there was a second study by Michaela Banck.

Those studies found that, in a small proportion of small bowel carcinoid tumors, there are mutations in a gene called CDKN1B, also known as p27, a cyclin-dependent kinase inhibitor. But those mutations were identified in less than 10% of the samples, so in the majority of small bowel carcinoid tumors we really don’t know the molecular drivers. I think there are a few common themes. One is that for the most part we are not identifying classic oncogene driver mutations in NETs, and that suggests that there are likely other mechanisms that are driving these tumors.

What are the major limitations in translating this information into clinical care?

One area of very active investigation is whether there may be epigenetic changes that are contributing to growth in these tumors and that may well be a targetable event. But at the present time, given the mutational profile, for the most part these are not tumors—at least right now&mdash;where we can just look at a sequence and select a drug. The story is a little different from other cancers where that is the case.Right now, sequencing these tumors does not directly inform clinical care, but the sequencing studies that have been done at least are suggesting a direction to look. One of those directions may well be epigenetic changes that are important and are really the oncogenic change, if you will, in these tumors and that potentially may be targetable. So, it’s pointing us in a direction, but we don’t yet have the answer. The major limitation here is that we still don’t fully understand the molecular drivers of these tumors. We have some clues but we don’t yet have a complete understanding.

In a recent milestone, Kulke presented phase III clinical trial data at the 2015 European Cancer Congress indicating that telotristat etiprate, a novel tryptophan hydroxylase inhibitor, improves diarrhea control in combination with a somatostatin analog for patients with metastatic NETs and inadequately controlled carcinoid syndrome. In the clinical arena, Kulke serves as co-chair for the National Comprehensive Cancer Network guidelines panel on NETs and also is an active member of medical society advisory boards and task forces related to NETs. 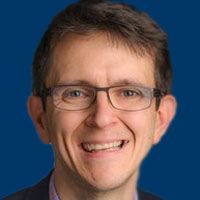 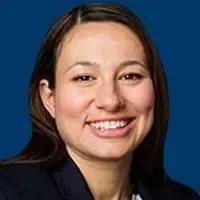