The Japanese Ministry of Health, Labour, and Welfare has approved pemigatinib for the treatment of patients with unresectable biliary tract cancer with a FGFR2 fusion gene, worsening following chemotherapy. 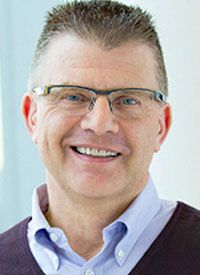 The Japanese Ministry of Health, Labour, and Welfare (MHLW) has approved pemigatinib (Pemazyre) for the treatment of patients with unresectable biliary tract cancer with a FGFR2 fusion gene, worsening following chemotherapy.1

“The MHLW approval of [pemigatinib] is an important milestone for the biliary tract cancer community and underscores our commitment to finding and delivering solutions for patients with significant unmet medical needs,” Lothar Finke, MD, PhD, general manager of Incyte Asia, stated in a press release. “Biliary tract cancer is a rare and serious condition, and we are proud that with the support of the MHLW we will be able to bring a new targeted treatment to more patients around the world.”

In the multicenter, open-label phase 2 trial, investigators set out to examine the safety and antitumor activity of pemigatinib in patients with previously treated, locally advanced or metastatic cholangiocarcinoma with or without FGF/FGFR alterations.2

To be eligible for enrollment, patients had to be at least 18 years of age, have a histological or cytological diagnosis of locally advanced or metastatic cholangiocarcinoma with documented progressive disease after at least 1 prior systemic therapy, have radiographically measurable disease per RECIST v1.1 criteria, and an ECOG performance status of 0 to 2, among other criteria.

All participants were given oral pemigatinib at a starting dose of 13.5 mg once daily, irrespective of cohort assignment. Treatment was given until radiological disease progression, intolerable toxicity, withdrawn consent, or physician choice. Dosing with the agent could be interrupted for up to 14 days to allow for toxicities to resolve.

All participants were given at least 1 dose of pemigatinib and they were included in both the safety and efficacy populations with the exception of 1 patient who had undetermined FGF/FGFR status, who was not included in the efficacy analysis. The overall median follow-up was 17.8 months, with a median follow-up of 15.4 months, 19.9 months, and 24.2 months in those with FGFR2 fusions or rearrangements, in those with other FGF/FGFR alterations, and in those without FGF/FGFR alterations. In these cohorts, the median duration of treatment was 7.2 months, 1.4 months, and 1.3 months, respectively.

The median age of participants across all cohorts analyzed was 59 years, 92% had an ECOG performance status of 0 or 1, 86% had metastatic disease, and 39% had previously received 2 or more systemic treatments. Moreover, the majority of participants had previously received platinum-based chemotherapy immediately before entering the study. The most commonly received chemotherapy regimen was that of gemcitabine plus cisplatin, which was received by 47% of patients. Notably, among those with FGFR2 fusions or rearrangements, 98% had intrahepatic cholangiocarcinoma.

Additional results showed that the median time to first response with pemigatinib was 2.7 months. Moreover, 88% of 103 patients with FGFR2 fusions or rearrangements who had post-baseline measurements experienced reductions in their target lesion size.

Notably, objective responses observed in the FGF/FGFR2 cohort were noted across all demographic and disease subsets evaluated; the median PFS was also found to be similar across these subgroups.

The most common toxicity experienced with the agent was hyperphosphatemia, which was experienced by 58.2% of patients, irrespective of cause. Other toxicities reported with pemigatinib included alopecia, diarrhea, fatigue, dysgeusia, nausea, constipation, stomatitis, dry mouth, and decreased appetite. Most of these effects were grade 1 or 2 in severity.

Previously, the MHLW granted pemigatinib an orphan drug designation for this indication. In April 2020, the FDA approved pemigatinib for the treatment of patients with previously treated, locally advanced or metastatic cholangiocarcinoma with FGFR2 fusions or rearrangements based on data from FIGHT-202.