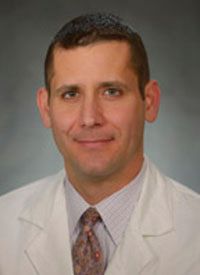 Adam D. Cohen, MD, director of myeloma immunotherapy and an assistant professor at University of Pennsylvania

With numerous novel agents in development, therapies directed at B-cell maturation antigen (BCMA) are likely to be introduced into the multiple myeloma treatment paradigm for patients with highly refractory disease, but key questions about toxicities and logistics must still be resolved, according to Adam D. Cohen, MD.

Strategies for targeting BCMA have been gaining ground since preclinical studies about 7 years ago established a scientific rationale for this approach, said Cohen, who conducts research into novel therapies for treating multiple myeloma at the Hospital of the University of Pennsylvania in Philadelphia, where he is director of myeloma immunotherapy and an assistant professor.

Cohen discussed the prospects for BCMA-targeting options in an interview with OncologyLive®.

OncologyLive: What role does BCMA play in normal cells and how is its function corrupted in cancerous cells?

Cohen: BCMA is expressed normally on the surface of plasma cells and has 2 known ligands: BAFF and APRIL. Binding of these ligands to BCMA sends a survival signal and helps maintain long-lived plasma cell survival in the bone marrow, thus helping to maintain long-lived humoral immunity. In cancerous myeloma cells, BCMA signaling provides both a proliferation and survival stimulus, driving the cells to grow and resist apoptosis induced by anti-myeloma therapies.

Earlier attempts to target the BCMA pathway weren’t successful. What is driving the renewed interest?

Initial clinical trials of an anti—BAFF antibody, which targeted one of the BCMA ligands, had minimal activity in patients with relapsed/refractory myeloma, likely because the other ligand APRIL was still available to bind and signal through BCMA.

There was renewed interest in targeting BCMA when 2 preclinical papers were published in 2013 and 2014, demonstrating that directly targeting BCMA, either using an anti-BCMA antibody-drug conjugate, or BCMA-specific CAR [chimeric antigen receptor] T cells, had robust in vitro and in vivo activity against myeloma.1,2

Enthusiasm grew even more when the first clinical data from trials testing these approaches were presented at the American Society of Hematology Annual Meetings in 2015 and 2016, demonstrating significant activity in patients with highly refractory myeloma.

Where do you think the various types of BCMA-targeted drugs will fit into the treatment paradigm for multiple myeloma?

Initially, the BCMA-targeted therapies will be approved for relapsed/refractory patients with limited options— primarily those with 3 or more prior lines and refractory to proteasome inhibitors, IMiDs [immunomodulatory drugs], and daratumumab [Darzalex]. Eventually they will be incorporated earlier, likely in combination with currently approved options, but data are not yet available.

Will combination therapy be important and, if so, what do you think are the most promising combinations?

There is good preclinical rationale to combine IMIDs with CAR T cells and bispecific antibodies, and the antibody-drug conjugates as well, but clinical data are not yet available with these combinations.

The T cell—directed therapies (ie, CAR T cells and bispecific antibodies) potentially could be enhanced by checkpoint inhibitors, and combination trials are under way using PD-1 inhibitors with CD19-directed therapies in non-Hodgkin lymphomas. No myeloma data are available yet.

Finally, BCMA expression can be augmented by gamma secretase inhibitors, and several studies are getting under way exploring whether these drugs might augment the activity of BCMA-targeted ADCs and CAR T cells in myeloma.

What are the biggest hurdles that need to be overcome in targeting BCMA?

One hurdle will be finding ways to better mitigate and manage toxicities: for belantamab mafodotin, the corneal toxicity; for CAR T cells and bispecific antibodies, the cytokine release syndrome and neurotoxicity.

Another hurdle specifically for BCMA CAR T cells is improving the logistical hassles and delays involved in getting a patient to a CAR T specialty center and maintaining myeloma control during manufacturing. Offthe- shelf, or allogeneic/donor CAR T cells, may help overcome this issue.

A final hurdle will be gaining a better understanding of predictors of response and resistance to these therapies, which will help with optimizing patient selection and sequencing of these options. All of these hurdles should be able to be overcome to further improve safety and efficacy of these approaches for myeloma patients.