The phase 3 REGAL trial evaluating galinpepimut-S in patients with acute myeloid leukemia will continue as planned without modifications following a recommendation from the Independent Data Monitoring Committee. 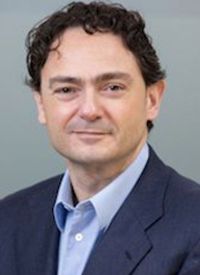 The IDMC based its recommendation on an initial prespecified risk-benefit assessment of unblinded data from the trial, factoring in safety, efficacy, and futility.

“Following a prespecified review of unblinded data by the IDMC in accordance with its charter, its recommendation to continue the REGAL study as is, and with trial conduct and integrity intact, [this] is outstanding news. As we have previously reported, we have seen, based on a blinded review of the data conducted this fall, that patients live longer than expected which triggered modifications to the statistical analysis plan, in particular to reduce the number of events for the interim and final analyses, which is very encouraging,” Angelos Stergiou, MD, ScD hc, president and chief executive officer of SELLAS, said in a press release.

To be eligible for enrollment, patients must be at least 18 years of age and have received a diagnosis of AML according to the World Health Organization criteria; be within 3 months of achieving second morphological complete remission with or without platelet recovery for relapsed but not refractory disease according to the International Working Group 2003 criteria; and be transfusion independent.

Additionally, patients’ leukemic blasts must express WT1, and patients must be ineligible for allogeneic stem cell transplant at the time of enrollment and have received the last dose of antileukemic therapy at least 3 months prior to enrollment. Life expectancy should also be greater than 6 months.

On November 14, 2022, SELLAS announced that the following changes to the statistical analysis plan and protocol would be made following consultation with members of the IDMC, expert AML physicians, and recommendations from the company’s biostatistics experts:3

The trial was initially designed using certain assumptions regarding OS for the investigational and control arms, which were accounted for in the protocol and statistical analysis plan for the study. A blinded review of pooled preliminary data from both study arms indicated that the median OS in the pooled study population is likely significantly longer, by approximately two-fold, than originally anticipated and upon which the statistical plan was based. As such, the length of the trial is now expected to be longer than planned.

The changes to the statistical plan and protocol were developed using a conservative application of the O’Brien-Fleming statistical theory, which is suitable when regulatory approval is expected to be based predominantly on results from a single clinical trial and when mortality is the primary end point.

The company notified the FDA of these changes when filing an investigational new drug application for GPS.