Second-line ripretinib produced a clinical benefit in patients with advanced gastrointestinal stromal tumor harboring KIT exon 11 and 17/18 mutations who progressed on or were intolerant to imatinib. 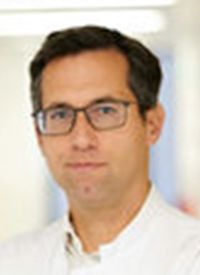 Second-line ripretinib (Qinlock) produced a clinical benefit in patients with advanced gastrointestinal stromal tumor (GIST) harboring KIT exon 11 and 17/18 mutations who progressed on or were intolerant to imatinib (Gleevec), according to a circulating tumor DNA (ctDNA) analysis from the phase 3 INTRIGUE trial (NCT03673501) presented during the 2023 January ASCO Plenary Series.1

“This is the largest global phase 3 trial in second-line, imatinib-resistant advanced GIST that demonstrates the significance of ctDNA next-generation sequencing–based analysis of the complex landscape of KIT mutations and correlates mutational status with treatment response,” lead study author Sebastian Bauer, MD, of the Department of Medical Oncology and Sarcoma Center/West German Cancer Center of University Hospital Essen in Essen, Germany, said in a presentation of the data.

Previously reported findings from the primary analysis of INTRIGUE showed that ripretinib was not superior to sunitinib regarding PFS in the intent-to-treat (ITT) population of patients with KIT exon 11 mutations or the overall ITT population.2

INTRIGUE enrolled patients who were at least 18 years of age with a confirmed diagnosis of GIST who progressed on or had documented intolerance to imatinib. Patients were enrolled from 122 sites across North America, South America, Europe, Australia, and Asia.

Enrolled patients were randomly assigned in a 1:1 fashion to receive 150 mg of continuous ripretinib once daily or 50 mg of sunitinib once daily on a 4-week-on/2-weeks-off schedule. Stratification factors included KIT/PDGFRα mutation status and imatinib intolerance. Notably, no crossover was permitted between the arms.

Regarding safety, Bauer noted that ripretinib appeared to have a more favorable safety profile compared with sunitinib.

In the KIT exon 11 and 17/18 mutation population, 33% of patients in the ripretinib arm experienced grade 3/4 treatment-emergent adverse effects (TEAEs) compared with 50% in the sunitinib arm. Drug-related serious TEAEs were reported in 3.7% and 13% of the ripretinib and sunitinib arms, respectively.

The planned phase 3 INSIGHT trial will further evaluate the efficacy and safety of ripretinib compared with sunitinib in patients with advanced GIST harboring KIT exon 11 and 17/18 mutations who received prior treatment with imatinib. Patients will be randomly assigned in a 2:1 fashion to receive ripretinib or sunitinib in the same dosing regimens as INTRIGUE. Notably, patients in the sunitinib arm will be permitted to cross over to the ripretinib arm following disease progression.

In a discussion of the presentation, Breelyn A. Wilky, MD, of the University of Colorado, said that findings from the ctDNA analysis of INTRIGUE produced compelling evidence of the power of ctDNA to identify predictive biomarkers, which could allow for critical findings even in negative trials.

However, Wilky also noted that the sensitivity of ctDNA assays remains limited, and the currently available options could still be missing patients who could potentially benefit from a given treatment based on mutational status.

“In the INTRIGUE study, despite 77% of tested samples detecting ctDNA, KIT mutations were found in only 59%, and exon 11 plus secondary mutations [were found] in only 44% of the KIT-mutant patients. Similar observations were seen in the [phase 3] VOYAGER trial [NCT03465722],” Wilky said. “This suggests that the sensitivity of ctDNA with Guardant360 is still relatively low to detect underlying secondary mutations, and these data, which could be critical for treatment selection, may still be under captured.”