The Landscape of Chemoprevention in Lung Cancer: A Conversation With Waun K. Hong, MD, PhD

Over the past 25 years, multiple lung cancer chemoprevention trials have missed the mark with agents that looked good on paper but lacked the molecular biology support to make a difference. 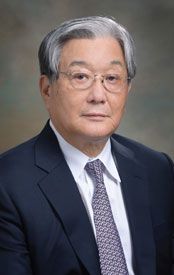 Over the past 25 years, multiple lung cancer chemoprevention trials have missed the mark with agents that looked good on paper but lacked the molecular biology support to make a difference. To effect meaningful change in the persistently dismal long-term prognosis for lung cancer, research must focus on identifying specific molecular targets and then attacking those targets with appropriately targeted agents, said Waun K. Hong, MD, PhD, a physician and lung cancer researcher at the University of Texas MD Anderson Cancer Center in Houston. The feasibility of such an approach was demonstrated in the Biomarker- Integrated Approaches of Targeted Therapy for Lung Cancer Elimination (BATTLE) study. Following the guidance of serial lung biopsies, investigators examined the effect of therapy on molecular responses and then modified the therapy as indicated to ensure that patients received the treatment that was most likely to provide a benefit. This strategy is known as adaptive therapy.

In a review of the “landscape” of lung cancer chemoprevention during an AACR plenary session, Hong also emphasized the importance of reverse migration (ie, developing chemoprevention strategies from the top down): learn what drives advanced-stage lung cancer and then work back to the drivers of preneoplastic lesions.

OBTN: What is your assessment of the current status of chemoprevention in lung cancer?

In the last 25 years, the chemoprevention trials have failed. The agents people used —vitamin A compounds, beta-carotene, selenium&mdash;were associated with no difference whatsoever in the risk of lung cancer. People who continued to smoke got worse. My theory is that tobacco carcinogenesis is so powerful that the agents we have tried to use for chemoprevention simply are not strong enough to overcome the tobacco carcinogenesis.

More than 100,000 patients have participated in chemoprevention studies. We have devoted a lot of time, effort, and expense, but obviously, we have not been using the right approach. So, that’s the problem.

How do we find a solution?

First, we have to understand the target. We have to find a molecular target that can be a driver of neocarcinogenesis. Then we use an agent that can inhibit that target. The agents that have been used in lung cancer chemoprevention trials have been chosen on the basis of epidemiologic data, not molecular biology. To kill an enemy, you have to understand the enemy and its strengths. Then the strengths become the molecular targets. Otherwise, you’re just shooting in the dark.

So, I went back to the drawing board, and my hypothesis now is that we have to start at the end, not at the beginning. We first have to figure out what is the major molecular target of advanced lung cancer through molecular profiling studies. Then we have to prove it. Find the target and match it with the right targeted agent and see whether there is any effect.

This was the approach used in the BATTLE trial. We had patients with advanced, heavily pretreated lung cancer. We mandated tissue biopsy and performed molecular profiling. We identified a target and then we tried to eliminate it. Once that has been done, then the same approach can trickle down to earlier lung cancer. We have applied that approach in the BATTLE adjuvant trial. We are examining the lung cancer resection sites as the source for molecular profiling. We have found that specific genes are expressed at the tumor site and specific genes are expressed adjacent to the resected site. Our analysis showed there are oncogenes, such as PI3 kinase (PI3K). It looks like PI3K plays a major role as a driver of lung cancer.

A promising molecular target has been identified. What comes next?

I think that treatment based on molecular profiling has great potential, but we have to prove it. That is the purpose of the BATTLE adjuvant trial. Lung cancer patients will be resected, and then we will analyze molecular markers. Then we will match the cancer with the right treatment. If we find PI3K, we will give the patient a PI3K inhibitor. If we see EGFR mutations, we will give the patient an EGFR inhibitor. If we see RAS mutations, then we will give RAS inhibitors. The basic concept is to identify the molecular target and then match the target with the appropriate treatment. If the concept we are studying in BATTLE adjuvant works out, then the approach can be moved earlier in the carcinogenesis process, to the prevention setting.

What role, if any, does lung cancer screening have in your prevention paradigm?

The National Lung Cancer Screening Trial was a major breakthrough for lung cancer. It showed that smokers who are screened by CT scan, instead of chest x-ray, have a 20.3% reduction in lung cancer mortality. After the results are published, there will be a recommendation. We could not make a recommendation about screening until now because we had no data to support a recommendation.

We have to consider how we can capitalize on these exciting results from the screening trial. We have to integrate what we learned from the lung cancer screening trial with chemoprevention. However, it is important to recognize that people who continue to smoke should not be enrolled in chemoprevention trials. If we give a targeted agent to a person who continues to smoke, we have no data to tell us how a carcinogen might affect the agent. Former smokers still have a high risk of lung cancer, but we can consider them for chemoprevention trials. However, we cannot screen all 94 million current and ex-smokers in the United States. We will have to use a lung cancer prediction model. However, the models we have now are not good enough, about 66% sensitivity. We have to add biomarker analysis to improve the sensitivity.

What progress has been made toward incorporating biomarkers into prediction models?

We have done studies of biomarker analysis based on buccal mucosa swabbing. We have analyzed the molecular changes in the mouth with the ones that are occurring at the same time in the lung. At MD Anderson, we conducted a chemoprevention trial and we obtained buccal mucosa swabs and looked at DNA changes. At the same time we obtained a specimen from the airway during bronchoscopy, and it turns out that there is a nice correlation between changes that occur in the mouth and in the lung, especially DNA methylation. We observed promotion of methylation of PTEN and p16.

You cannot really visualize molecular changes of the airway through the bronchoscopy. Changes caused by smoking occur throughout the aerodigestive tract. You can use the oral cavity as a surrogate organ for assessing molecular changes of the airway. The biomarkers that are identified can be incorporated into standard risk models. We have to develop lung cancer risk models with at least 80% sensitivity. Then, any smokers who belong in that risk category can be candidates for screening.

What comes next for high-risk patients identified by screening?

At the same time, the patients can be considered for a chemoprevention trial. The question is which chemopreventive agent to use. That is a huge question. You have to select the agent on the basis of the molecular target.

There are three agents that I think are good candidates for chemoprevention trials. One is myoinositol, which downregulates PI3K-related changes and has also shown some reversal of dysplastic changes in the airways, but only in former smokers. In our own experience, we have used celecoxib, which modulates Ki-67, COX-2, and NF-κB, which are bad actors in cancer promotion. They can be suppressed by celecoxib. However, that happens only in former smokers. Another candidate is iloprost, a prostacyclin analog. As reported here at the AACR meeting by Paul Bunn of the University of Colorado, iloprost was associated with some changes in dysplastic lesions in the airways, but again, only in former smokers. Smoking cessation is an absolute necessity to be considered for a chemoprevention trial. People who continue to smoke get no benefit from chemoprevention.

Have any studies been conducted to compare gene expression patterns in former smokers who develop lung cancer versus those who don’t?

That’s a very clever question, and, in fact, it has been studied. People who used to smoke—former smokers&mdash;do have different gene expression patterns from people who continue to smoke. Some genes go away but some are persistent, and it appears that the genes that persist are the really bad actors in lung cancer. That can lead to very subtle changes. Even though patients stop smoking, changes can occur in the microenvironment and somehow reactivate genes, and that can lead to cancer. A group in Boston studied gene expression in people who stopped smoking. Some people developed lung cancer and some didn’t. They found some genes that distinguished people who developed lung cancer from those who did not. There were clear distinctions.

As suggested by the title of your presentation at AACR, what is your assessment about the status, or landscape, of chemoprevention in lung cancer?

The message is to avoid a shotgun approach. That is a waste of time and money. Instead, take some time to learn the biologic properties of the enemy. That is, identify potential molecular targets. Molecular targets can be the driver of the cancer process. You have to kill the driver instead of the passengers. Then you can make an impact. You have to understand the biology of the disease and then use a trickledown approach to understand the biology of preneoplastic changes. In my opinion, the way to go is to tackle preneoplastic lesions. If you know the molecular targets, that is a better strategy than tackling advanced disease. The number of tumor cells in advanced disease is in the billions. The number of transformed cells in preneoplastic lesions is much smaller. The idea is to attack the enemy before it can build up the troops. However, to learn that, you must begin with advanced disease and then work back.

I am a clinician, and I try to look at things from the perspective of a clinician. We have to be more thoughtful and patient. Some people are too opportunistic and want to move too quickly before they have given adequate thought to the problem and how to solve it. We must first try to understand the biological properties of cancer cells and preneoplastic cells. Then identify the strengths of the enemies, and you have a target. The future is quite promising. The human genome project is completed. Work on The Cancer Genome Atlas is underway. There are so many mutations in genes, but some of them are garbage genes that are not important, and we have to find the genes that are important. Once we identify the bad genes, then we need to correlate them with better pathways by studying the RNA and proteins. That’s how cancer builds up the troops. You have to identify the pathway and then eliminate or block that pathway.

Five or 10 years ago, we didn’t talk about these kinds of changes. Now we can visualize molecular changes. We have the ability to trace changes all the way back to preneoplastic lesions. I cannot emphasize enough that we must first identify the target and then find or develop the means to attack and eliminate the target.