Lori J. Wirth, MD: Frank, what about the other drugs that we now have available for gene-specific therapy? We should talk about targeting cancers with NTRK fusions. I also want to hear what you do when you have a patient with radioactive iodine-refractory differentiated thyroid cancer [RAI-refractory DTC] who has a BRAF V600E mutation.

Frank Worden, MD: It’s an interesting question. Now, as compared to the targeted drugs that are FDA approved, those are obviously easy to get through insurance. That’s not necessarily the same for these other agents, though we’re seeing a little bit more variance because of the NCCN [National Comprehensive Cancer Network] guidelines, for example, leading to approvals. For a lot of these patients, I still start with a standard lenvatinib-based regimen. It’s interesting we have this discussion today. I was just mentioning to you earlier about the patient with the columnar variant thyroid cancer.

This gentleman has a pretty aggressive cancer, and I wanted to get a nice response through his treatments. He has lymphangitic spread and extensive lung disease. I treated him with 24 mg of lenvatinib and ended up tailoring the dosage down because of the adverse effects. He attained a nice response. In fact, at the tumor board today, he’s still responding to the treatment in the liver and in his bones. But in his lungs, the lymphangitic spread is there. At this juncture, being that I’m seeing him back this week, I’m curious to see how his clinical symptoms are. They had been good in terms of his lung disease. The oxygen requirement came down to almost room air or 1 L. At this juncture, because the progression that is noted and documented on the CT imaging, I will go after a BRAF-directed therapy, either dabrafenib or vemurafenib, to see if I can gain response in there.

Lori J. Wirth, MD: So, you use BRAF-directed therapy as a second-line approach in these patients.

Frank Worden, MD: Generally, I do. Do I think it’s wrong to consider it up front? Not necessarily. I think some of that, Lori, has been because in the past I’ve had to fight with insurance, and I wanted to start treatment rather than waiting for weeks to get approval. Maybe things will change, but that’s how I prefer to do it.

Lori J. Wirth, MD: Although we do have the data from the vemurafenib study that Marcia Brose, MD, PhD, was the lead author on, and then there was a small NCCN-sponsored trial that Manisha Shah, MD, was the PI [principal investigator] of that didn’t show quite as much robust activity with a BRAF-directed approach as we see with lenvatinib.

Lori J. Wirth, MD: There are patients who are not good candidates for lenvatinib in whom I would consider a BRAF-directed approach first for sure.

Frank Worden, MD: They’re similar to the selpercatinib data that we were discussing earlier. These have been game changers as far as I’m concerned. We didn’t participate in the larotrectinib study but were in the entrectinib study at the University of Michigan. I had 2 or 3 patients who were in that study and demonstrated nice responses. One gentleman demonstrated a complete response, but the issue with this drug is the adverse effects. The patient had some ophthalmologic issues and then had some problems with extensive peripheral edema, as well as fatigue. So, after adjusting the dose, the patient finally decided he wanted to come off the study, but it has been well over a year-and-a-half without evidence of disease. It’s pretty remarkable.

I find that these patients do garner responses quickly. The adverse effect profiles are manageable, maybe a little stronger perhaps than the selpercatinib profile, but still manageable. Once you adjust the dosage for these patients, I find a lot of them can find a dose that they can maintain treatment on and do quite well. It’s another game changer now that we have these data available. Anybody who has an NTRK1 or NTRK3 fusion, which we typically find, are patients I start on these drugs right away. 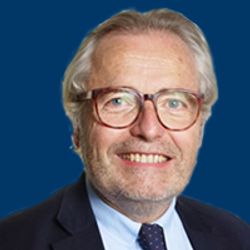