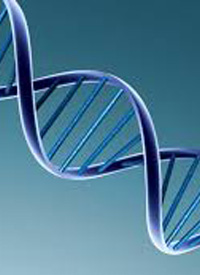 Although oncogenic fusions involving the neurotrophic tropomyosin receptor kinase (NTRK) genes were first noted more than 30 years ago, the growing use of next-generation sequencing has only recently revealed their presence across a wide range of tumor types and piqued interest in their potential as anticancer targets.

fusion–positive patients, regardless of histology, exemplifies the potential of the “tumor-agnostic” treatment paradigm.

In the mid-1980s, an oncogenic fusion of the TPM3- NTRK1 genes, observed in a colon tumor sample, was among the first chromosomal rearrangements identified in cancer.1 Since then, this type of molecular abnormality has been widely recognized as a driving event in a broad array of tumor types2, and the development of drugs designed to target such aberrations has greatly improved outcomes in some forms of cancer.

In this manner, the signal is transduced inside the cell and subsequently propagated further downstream as the recruited adaptor proteins turn on other pathways, including PI3K, MAPK, and PLCγ. Ultimately, the signal reaches the nucleus, initiating a variety of transcriptional programs that mediate cellular outcomes, in this case regulating the proliferation, growth, and survival of neurons.

Since the early reports of the TPM3-NTRK1 fusion, a variety of NTRK gene abnormalities have been described in different tumor types, including amplifications, deletions, mutations, and altered splicing of TRK messenger RNA (mRNA) transcripts. Few of these abnormalities have been functionally characterized, and even fewer have been proven to be oncogenic, with the exception of an in-frame deletion and mRNA splice variant in acute myeloid leukemia and neuroblastoma, respectively.
... to read the full story
To Read the Full Story
REGISTER
LOG IN