2021 Approvals Expand Access to Care for Patients Across Tumor Types

In 2021, 13 novel agents were approved across hematology/oncology. Additionally, there were many other notable approvals—whether they were new formulations, expanded indications, or biosimilar approvals—across tumor types that expanded accessibility for varying patient populations. 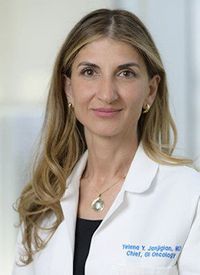 Last year marked the 50th anniversary of the National Cancer Act of 1971, a landmark legislation that committed to funding biomedical research, establishing oncology training programs, and building a nationwide network of cancer treatment centers. In this anniversary year, 13 novel agents were approved across hematology/oncology. Additionally, there were many other notable approvals—whether they were new formulations, expanded indications, or biosimilar approvals—across tumor types that expanded accessibility for varying patient populations.

Not all agents with accelerated approvals fared as well during the FDA’s Oncologic Drugs Advisory Committee (ODAC) special 3-day public hearing in April. The committee evaluated 6 indications for immune checkpoint inhibitors—across malignancies including TNBC, metastatic urothelial carcinoma (mUC), gastric cancers, and hepatocellular carcinoma (HCC)—that were granted under the FDA’s accelerated approval process but later failed confirmatory clinical trials. The hearings, which allowed expert commentary and patient testimony about the drugs, involved 2 indications for atezolizumab (Tecentriq), 3 for pembrolizumab, and 1 for nivolumab.2

“[Nivolumab plus cabozantinib is] going to be another option for frontline clear cell RCC," Toni K. Choueiri, MD, said. "It’s not the only combination that is approved, but I think there are some distinctions, especially with the quality-of-life data.”

“These are patients who generally are not represented in the pivotal upfront trials," Paul K. Paik, MD, said. "There’s been a need for better treatments for these patients. The approval of tepotinib is 1 step forward in that regard, [in] having a fairly well-tolerated oral agent that is effective in this patient population. That’s probably the most important aspect of the approval.”

“Umbralisib represents another drug in a unique class that is relatively tolerable and has tumor activity in the vast majority of patients [in which] it is used," Nathan H. Fowler, MD, said. "I believe this option will be utilized by clinicians for patients with third- or fourth-line FL....This treatment is very active and it is associated with a very limited toxicity profile. Plus, it is oral, so it is easy to give, the toxicity is not too high, and it appears very active in patients after multiple other lines of therapy.”

“I think this is a breakthrough of CAR T-cell therapy. The first T-cell infusion I did in clinical trial was around 1996," Henry Chi Hang Fung, MD, said. "Now we’re in 2021, a quarter of a century [later]. There’s been a lot of work and [there have been] a lot of failures. But finally it has come to fruition and there are 4 indications now. It is exciting for our patients, [and although it is] limited to relapsed/refractory disease, we can, hopefully soon, prove its use earlier with better outcomes that could potentially be curative. This is just a step; we have to [keep moving forward].”

“This treatment has been so incredibly effective. When we treated patients, they had a median of 6 lines of [prior] treatment; they almost had everything they could have had," Nikhil C. Munshi, MD, said. "[Idecabtagene vicleucel] works approximately 80% of the time with deep, good responses. We were waiting for its approval so we could offer it. It opens up a new chapter; this is the first real cellular therapy for myeloma.”

“[The difference with sacituzumab govitecan] has to do with the target, meaning Trop-2, which is a different target than other available drugs," Scott T. Tagawa, MD, said. "The target is more important in terms of differentiation in the toxin, [and for sacituzumab govitecan] SM 38, which is the toxin, is a bit weaker than some of the toxins used in [antibody-drug conjugates]….The landscape is shifting, and we hope [to move these agents] upstream. We’re looking not just for improvements in survival and quality of life, but increased cures in the either non–muscle-invasive setting or muscle-invasive setting in combination with local therapy.”

“[The approval is] important in terms of understanding that endometrial cancer is the most common gynecologic cancer in the United States," Bhavana Pothuri, MD, said. "The incidence, as well as the mortality [rates associated with the disease, has] been increasing because of a greater proportion of obesity, as well as an increase in the number of patients with high-risk histologic subtypes. Having new additional therapies is very important. This is an exciting advance for gynecologic cancer and especially endometrial cancer.”

“Prior to this [approval], there was no targeted therapy approved for patients with NSCLC and [with] EGFR exon 20 alteration," Melina Elpi Marmarelis, MD, said. "A real-world study out of France that showed that patients with EGFR exon 20-altered NSCLC treated with conventional chemotherapies did just [as well as] individuals without [the] alterations. [Amivantamab will] hopefully start to fill that gap.”

“The approval of sotorasib underscores the critical importance of offering molecular profiling to every patient with metastatic nonsquamous NSCLC," Ferdinandos Skoulidis, MD, PhD, said. "We now have a well-tolerated approved oral therapy at our disposal that confers durable clinical benefit in approximately 13% of patients with nonsquamous NSCLC. There is an urgent need to expand and promote equitable access to screening across the US, particularly among underserved patient populations.”

“After progression occurs [following chemotherapy sequenced with immunotherapy], there’s a lot of uncertainty around treatment options, so we tend to rechallenge with chemotherapy then test some patients for FGF alterations. The data are limited for this patient group, and so it’s an area where we need to develop new drugs.”

“Ibrutinib [was] the first approved therapy [for] this disease and was a great step forward for us, [however] it’s not effective in all patients," Corey S. Cutler, MD, MPH, FRCPC, said. "Many patients who initially respond to ibrutinib eventually progress and require later [lines of] therapy. Having more than 1 option for these patients is really something that our patients need.”

“Now with these TKI and [immunotherapy] combinations you can see [that with] the degree of response rates [including] the complete responses and a median PFS of almost 24 months how much of a therapeutic gain it is for our patients," Robert J. Motzer, MD, said."

“This [approval] represents a tremendous step forward based on research and rationally designed drugs for this group of patients with an unmet need," Joel Neal, MD, PhD, said. "As we move forward with the combinations with chemotherapy and between different agents, [we must ask] how we better [develop] these drugs to [permeate] the brain. [We need to look] at how we target and refine these drugs for better central nervous system penetration, better efficacy, and higher response rates across the population.”

“[The approval represents] a paradigm shift because the last new treatment were aromatase inhibitors in 2002," Stephen Johnston, MD, PhD, said. "This represents our progress in understanding primary endocrine resistance, [identifying] patients who are destined to relapse despite the best therapies, and developing interventions to stop those early recurrences. This is a highly significant milestone for the small group of patients with high-risk disease for whom endocrine therapy [alone] isn’t going to be the solution. We can make a significant difference for them."

“Asciminib represents a huge advance in CML. We haven’t had a new drug approved in several years," Michael J. Mauro, MD, said. "This is a different class of ABL inhibitor; it works by a different mechanism. It’s not just another medication targeting the same region of this abnormal enzyme or kinase. It is novel, highly effective, very safe, [and] unique.”

“One of the most important additions to our arsenal for myeloma [was daratumumab, which] was initially approved in 2015 as a monotherapy but quickly moved throughout the myeloma continuum in combination with many other agents: [intravenous] daratumumab was approved with bortezomib, lenalidomide, and pomalidomide," Ajai Chari, MD, said. "Subsequently, the arrival of subcutaneous daratumumab is a game changer because [it has] comparable efficacy with much shorter infusion time. Median infusion time can be 6 to 8 hours, and [the subcutaneous treatment] is 3 to 5 minutes, which is particularly important in the era of COVID[-19] to minimize exposure for both patients and hospital workers.”

“There were some naysayers when we started this trial [who said] that [patients with] stage IIB and IIC disease were too low risk to treat in a clinical trial," Jason Luke, MD, said. "I think the results really emphasize that patients with [those disease] stages truly are at high risk for rapid and distant metastatic recurrence. Treatment with pembrolizumab improves that situation quite substantially. I think…this treatment should be offered to all patients with stage IIB and IIC [disease] and we should stop thinking about nonmodal melanoma as low risk; in fact, it is high risk and these patients deserve the opportunity to be treated.”