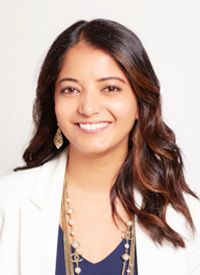 The BCMA-directed CAR T-cell therapy JNJ-4528 achieved a 100% overall response rate (ORR) with early and deep responses in 29 patients with heavily pretreated relapsed/refractory myeloma, according to data from the phase Ib/II CARTITUDE-1 trial reported at the 2019 ASH Annual Meeting.&#8239;

The ORR comprised a 66% stringent complete response (CR) rate, 3% CR rate, 17% very good partial response (PR) rate, and 14% PR rate. The median follow-up was 6 months (range, 3-14), with&#8239; the median time to first response and median time to ≥CR both being 1 month. All but 2 patients remained progression-free at 6 months, and all 17 patients evaluable for minimal-residual disease (MRD) were MRD-negative.&#8239;

Based on the CARTITUDE-1 findings, JNJ-4528 has received an FDA breakthrough therapy designation for the treatment of patients with relapsed/refractory multiple myeloma. The designation will expedite the development and regulatory review&#8239;of the anti-BCMA CAR-T treatment in this setting.&#8239;

Eligibility criteria for CARTITUDE-1 included measurable and progressive disease; an ECOG performance status of ≤1; at least 3 prior therapies or double-refractory status; and prior treatment with a proteasome inhibitor (PI), immunomodulatory drug (IMiD), and anti-CD38 therapy.

Madduri noted that this heavily pretreated population has a high unmet medical need, with a median overall survival of less than 1 year. “We really need a product that we can give to these patients that will [induce] deep, sustained responses.”&#8239;

Commenting on the efficacy findings, Madduri said, “Every single patient expanded their T cells,” adding, “What we think makes this product unique is the preferential expansion of the CD8+ central memory phenotype. CD8 cells are used to kill myeloma cells [and] these central memory cells, we think, have a way of not getting exhausted as often and having sustained effector function.”&#8239;

Regarding safety, cytokine release syndrome (CRS) across all grades occurred in 93% (n = 27) of patients, with 2 patients experiencing grade ≥3 CRS. The median time to the onset of CRS was 7 days, with more than 90% of CRS starting at day 5 to 9.

“Most other [CAR-T] products have rapid expansion and you notice CRS happening within the first couple of days. But with this one, there’s slow expansion, causing the CRS to happen at closer to 7 days,” said Madduri.&#8239;

There was 1 dose-limiting toxicity of grade 4 CRS, which “converted to a grade 5 event, and the patient passed away from complications at day 99,” said Madduri.&#8239;

Neurotoxicity was uncommon, occurring at any grade in 3 patients, with 1 patient having grade ≥3 neurotoxicity.

The CARTITUDE-1 study design was informed by the earlier phase I LEGEND-2 study (NCT03090659), a first-in-human study that used an identical CAR construct in a slightly different patient population.&#8239;