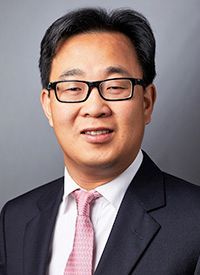 The combination of cediranib and olaparib (Lynparza) significantly improved radiographic progression-free survival (rPFS) compared with olaparib monotherapy in patients with metastatic castration-resistant prostate cancer (mCRPC), according to findings from a phase 2 trial (NCT02893917), which were published in the Journal of Clinical Oncology.1 However, the combination was also associated with an increased rate of adverse effects (AEs).

“Our randomized study evaluated whether combining an antiangiogenic agent, cediranib, with olaparib can improve the outcomes of patients with mCRPC,” lead study author, Joseph W. Kim, MD, of Yale School of Medicine and Yale Cancer Center in New Haven, Connecticut, and colleagues, wrote.

Eligible patients for this phase 2 trial included those at least 18 years of age with histologically confirmed prostate adenocarcinoma that was metastatic, progressive, and castration-resistant by Prostate Cancer Working Group 3 criteria. Patients needed to have received at least 1 prior therapy for mCRPC, and they were required to have an ECOG performance status of 1 or less, a Karnofsky score of at least 70%, and adequate organ function.

Patients were excluded if they had received prior PARP inhibitors, although prior platinum-based chemotherapy was allowed.

Patients continued study treatment until radiographic disease progression, grade 3 to 4 treatment-related adverse effects (TRAEs) that did not resolve to grade 1 or less by 14 days, or withdrawal of consent.

All patients underwent tumor biopsies at baseline and during week 4 of treatment. Patients also provided a whole-blood sample for germline DNA. Tumors were determined to be homologous recombination deficient (HRD) if they had a biallelic loss or deleterious mutation in the ATM, BARD1, BRCA1, BRCA2, BRIP1, CDK12 (somatic mutations only), NBN, PALB2, RAD51C, and RAD51D genes. Tumors without these mutations were classified as HRR-proficient.

A total of 93% (n = 84) of patients had sufficient tumor samples for HRR gene sequencing with BROCA homologous recombination assay. This sequencing showed that 29% (n = 26) of these patients had tumors with at least 1 deleterious HRR gene mutation and were classified as having HRD-positive disease. Of these patients, 26% (n = 12) and 31% (n = 14) were in arms A and B, respectively.

Safety analyses with the combination were consistent with previous reports in other tumors, and safety analyses with the monotherapy were consistent with previous reports in prostate cancer. Of the 90 patients enrolled to the study, 89 received at least 1 dose of study treatment and were included in the safety analysis. In total, 94% (n = 84) experienced TRAEs. The frequency of TRAEs was similar between the 2 arms, at 95% and 93% in arms A and B, respectively.

No acute myeloid leukemia or myelodysplastic syndrome was reported.

One patient in arm A experienced a fatal treatment-related intracranial hemorrhage. This patient had a history of fall prior to enrollment and died from subdural hematoma on day 5 of the study.

“To our knowledge, this is the first study to demonstrate the potential efficacy of combining an antiangiogenic agent with a [PARP] inhibitor for patients with mCRPC. Further correlative studies are needed to elucidate the mechanism of synergy between these 2 agents in prostate cancer and to provide a clearer direction for the clinical development,” the study authors concluded.