Subcutaneous trastuzumab with hyaluronidase-oysk in combination with intravenous pertuzumab and chemotherapy had a safety profile consistent with IV trastuzumab in first-line metastatic HER2-positive breast cancer treatment. 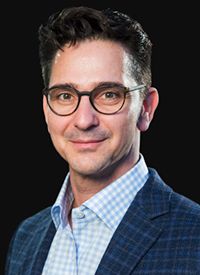 Subcutaneous (SC) trastuzumab with hyaluronidase-oysk (Herceptin Hylecta) in combination with intravenous (IV) pertuzumab (Perjeta) and chemotherapy had a safety profile consistent with IV trastuzumab as first-line treatment for metastatic HER2-positive breast cancer, according to results of a large single-arm phase IIIb trial.

Overall, about half of 412 patients had grade ≥3 adverse events (AEs), one fifth had AEs leading to drug withdrawal, and about a third had AEs leading to drug interruption. Among AEs to monitor, diarrhea, mucositis, and rash occurred most often. Aside from hematologic AEs, grade ≥3 AEs to monitor were uncommon. Investigator-reported AEs/grade ≥3 AEs also were infrequent.

“The CLEOPATRA trial was practice changing and established IV pertuzumab plus IV trastuzumab with chemotherapy, followed by IV trastuzumab and chemotherapy, as standard of care for patients with HER2-overexpressing metastatic breast cancer,”. Kümmel told OncLive. “This is the second trial of that treatment, and even though it is not a randomized trial, it affirms the efficacy of the CLEOPATRA trial, in terms of PFS (progression-free survival) and OS (overall survival).”

“These are the first data where we have both the efficacy and safety from the trastuzumab subcutaneous formulation together with pertuzumab IV,” he added.

Dr. Kummel presented results from the primary and final analysis of the MetaPHER study, the largest trial conducted to date to evaluate the safety and tolerability of first-line SC trastuzumab plus IV pertuzumab and docetaxel in patients with advanced (locally recurrent or metastatic) HER2-positive breast cancer. All patients received SC trastuzumab at a fixed dose of 600 mg/5mL every 3 weeks, IV pertuzumab with an 840-mg loading dose followed by 420-mg maintenance doses every 3 weeks, and 6 or more doses of IV docetaxel at 75 mg/m2 every 3 weeks. Treatment continued until disease progression or development of unacceptable toxicity.

The primary objective was to evaluate the safety and tolerability of the regimen. Efficacy (objective response, investigator-assessed PFS and OS) was a secondary objective.

Three grade ≥3 cardiac AEs occurred, as well as one serious AE suggestive of heart failure. Dr. Kummel reported a 10.1% of evaluable patients had at least a 10% reduction in left ventricular ejection fraction or a decrease to <50%. Two patients had symptomatic LV dysfunction. The decrease in LVEF resolved in most cases.

Analysis of objective response in 336 patients showed an overall response rate of 75.6%, including complete responses in 12.5%. An additional 16.4% of patients had stable disease, resulting in a clinical benefit rate of 92%.