A subcutaneous fixed-dose combination of pertuzumab and trastuzumab demonstrated noninferiority to intravenous formulations of the 2 drugs with respect to pharmacokinetics, clinical activity, and safety, a randomized trial demonstrated. 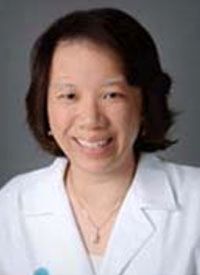 Antoinette R. Tan, MD, chief of Breast Medical Oncology and co-director of the Phase I Program at the Levine Cancer Institute of Atrium Health

A subcutaneous (SC) fixed-dose combination (FDC) of pertuzumab (Perjeta) and trastuzumab (Herceptin) demonstrated noninferiority to intravenous formulations of the 2 drugs with respect to pharmacokinetics, clinical activity, and safety, a randomized trial demonstrated.1

Total pathologic complete response (tpCR) in the breast and axilla and safety also were similar between the 2 treatment regimens, Antoinette R. Tan, MD, reported at the 2019 San Antonio Breast Cancer Symposium. Tan is chief of Breast Medical Oncology and co-director of the Phase I Program at the Levine Cancer Institute of Atrium Health in Charlotte, North Carolina.

“The key takeaways are that the pharmacokinetics of the subcutaneous fixed-dose formulation of pertuzumab was noninferior compared to the intravenous counterpart, the efficacy was also nearly identical as measured by pathologic complete response rate, and the safety also was comparable, including cardiac safety,” Tan told OncLive®.

“I think another key takeaway is that this offers patients a simpler, faster, more convenient treatment experience, because they’re getting a drug that’s given subcutaneously versus intravenously. They would spend less time in an infusion chair. I think there are implications for reducing resource utilization in terms of pharmacy, because of a shorter preparation time and a shorter administration time.”

IV pertuzumab plus IV trastuzumab and chemotherapy have been shown to improve outcomes in patients with HER2-positive breast cancer, as compared with IV trastuzumab plus chemotherapy. A first-ever SC FDC combines the 2 monoclonal antibodies with recombinant hyaluronidase in premeasured single-use vials. The FDC is administered subcutaneously in the thigh over 5 to 8 minutes.

The dose of trastuzumab and hyaluronidase-oysk (Herceptin Hylecta) was established in the phase III HannaH trial,2 and the dose of SC pertuzumab was determined in a phase Ib dose-finding study.3

To compare the SC FDC with conventional IV treatment, investigators at 122 sites enrolled patients with newly diagnosed stage II-IIIc HER2-positive breast cancer in the trial of neoadjuvant therapy. The patients were randomized to 4 cycles of doxorubicin and cyclophosphamide chemotherapy followed by 4 cycles of docetaxel administered with randomized therapy: IV pertuzumab and trastuzumab or the SC FDC.

Following surgery, patients received adjuvant therapy with the same pertuzumab-trastuzumab formulation they received in the neoadjuvant setting. The primary analysis for the trial occurred before the start of adjuvant therapy.

The patients had a median age of about 50, 80% had stage II-IIIa disease, and 61% were hormone-receptor positive.

The comparison of predose cycle 8 Ctrough values for IV pertuzumab and trastuzumab versus the individual components of the FDC produced GMRs that fell within the 90% confidence intervals for noninferiority.