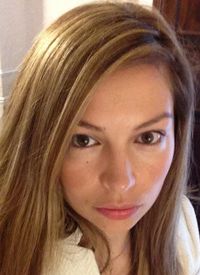 The combination of pertuzumab (Perjeta) and trastuzumab (Herceptin) plus paclitaxel (PHP) is commonly being used in the community for the treatment of patients with HER2-positive breast cancer, and appears to be as effective as pertuzumab and trastuzumab plus docetaxel (PHD) according to real-world findings from a retrospective cohort study reported at the 2019 San Antonio Breast Cancer Symposium (SABCS).1

No statistically significant difference was found between PHP and PHD for TTLA of PH and for rwPFS, either in the unadjusted models or in the models adjusted for potential confounders.

“The potential difference in the effectiveness of the PHD versus the PHP regimen was not large enough to be observed in the study cohort, regardless of the statistical adjustment used, supporting the evidence from the PERUSE trial (NCT01572038),2 suggesting that paclitaxel appears to be a valid alternative taxane backbone to docetaxel, and extending the evidence to a more heterogeneous population,” the investigators, led by Letizia Polito, PhD, wrote in their poster presentation.

“This confirmed in the real world that the 2 treatments are equally effective, which is what we expected,” Polito, a real-world data scientist, biostatistician, and epidemiologist, of F. Hoffmann-La Roche Ltd., said in an interview with OncLive at SABCS.

“No previous data in the real world have shown that the 2 treatments are comparable in terms of treatment duration and PFS. Treating with either docetaxel or paclitaxel in a pertuzumab-based regimen made no difference on outcome, but we know that paclitaxel has a better safety profile,” Polito added. “We also adjusted for potential confounding variables, we accounted for all the imbalances in the baseline characteristics, and observed that the rwPFS curves between paclitaxel and docetaxel are even more overlapping.”

The nationwide Flatiron Health Electronic Health Record (EHR)-derived database was used to identify 1054 patients who received a taxane with PH as initial systemic therapy after diagnosis of metastatic breast cancer between June 1, 2012 and April 30, 2019.

“In the real world, it still seems like docetaxel is the preferred option, but paclitaxel is increasingly being used together with pertuzumab and trastuzumab,” said Polito. Of the 1054 patients, 29.3% received PHP (26.9% paclitaxel and 2.4% nab-paclitaxel [Abraxane]) and 70.7% received PHD.

The median time since initial breast cancer diagnosis was 46.2 months (range, 29.4-84.5). About three-fourths (70.8%) of patients had estrogen receptor— or progesterone receptor–positive disease, and nearly all cases (93.5%) were from the community setting.

One limitation to the study was that the analysis only included patients who were part of the Flatiron Health network; this could result in potential selection bias—due to different coverage of different geographic areas in the United States or because of an imbalance between academic and community settings&mdash;in favor of community settings, according to the investigators. Furthermore, results may have been impacted by unmeasurable and unobserved confounding.

Nonrandomized trials had already suggested the utility of PHP as an alternative to PHD.