Investigators are evaluating whether the addition of venetoclax to a standard doublet regimen in chronic lymphocytic leukemia can induce responses deep enough to allow patients to not only suspend long-term treatment but also avoid associated toxicity. 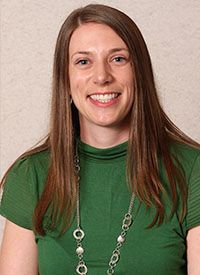 Investigators are evaluating whether the addition of venetoclax (Venclexta) to a standard doublet regimen in chronic lymphocytic leukemia (CLL) can induce responses deep enough to allow patients to not only suspend long-term treatment but also avoid associated toxicity.

The phase III Alliance A041702 (NCT03737981) trial is enrolling approximately 454 older patients (≥70 years) with treatment-naÏve CLL and evaluating venetoclax in combination with ibrutinib (Imbruvica) and obinutuzumab (Gazyva) versus ibrutinib and obinutuzumab, which is a standard of care in CLL.

Alliance A041702 will assess the triplet regimen’s ability to prevent CLL from returning and explore the possibility of ibrutinib discontinuation for patients who receive the 3-drug regimen and have no detectable CLL after 1 year.

“Ibrutinib is one of the standard firstline therapies for CLL and patients typically need to stay on that drug indefinitely,” explained Michael J. Thirman, MD, principal investigator of the study’s site at the University of Chicago Comprehensive Cancer Center in Illinois. Continuous treatment with ibrutinib, which has been approved for patients with untreated CLL since 2016, has toxicity and cost-related implications, according to Jennifer A. Woyach, MD, an expert in CLL at The Ohio State University (OSU) Comprehensive Cancer Center in Columbus, and the principal investigator of the Alliance A041702 trial.1

The results from Alliance A041702, when reported, will offer valuable data for the CLL treatment paradigm because the study’s participants represent a real-world patient population. “This trial is important because the majority of patients with CLL are over the age of 70. We know when studies allow patients of all ages, they naturally skew toward younger patients, so trials that target this older patient population are important to determine the standards of care for the patients we see most often in the clinic,” Woyach said.

Although “ibrutinib is very effective” and most patients will have a prolonged remission on it, the agent is associated with adverse events (AEs), some of which, such as hypertension, worsen over time, Woyach said.

Generally, the same types of AEs occur in younger and older patients with CLL but present at higher frequencies and greater severities in older patients, who are more likely to have functional impairment that affects quality of life. “If we could limit the duration of exposure to ibrutinib, we could potentially allow patients to have a deep remission with a safer therapeutic administration,” Woyach said. “There’s a lot of interest now in seeing whether we can combine agents with ibrutinib to potentially halt ibrutinib.”

Figure. Venetoclax With Ibrutinib and Obinutuzumab in CLL (Click to Enlarge)

CLL is the most common type of leukemia among adults. Chemoimmunotherapy, given with either chlorambucil and obinutuzumab or bendamustine with rituximab, is a standard treatment for patients ≥65 years with CLL. However, chemoimmunotherapy is known to be a toxic option. Targeted agents can offer a less-toxic alternative to chemoimmunotherapy, but are not curative, and as with ibrutinib, generally must be given indefinitely.2

As in the ongoing Alliance A041702 study, the combination of venetoclax, ibrutinib, and obinutuzumab was also evaluated in a phase Ib study at OSU (NCT02427451). The trial, which also involved Woyach, enrolled 12 patients ≥18 years with relapsed/refractory or treatment-naïve CLL. All patients completed 14 treatment cycles and 6 continued ibrutinib therapy beyond cycle 14. There were no dose-limiting toxicities. Further, no patients required dose reductions.3

The overall response rate (ORR) was 92% (95% CI, 62%-100%), with 11 of 12 patients achieving a response. This included 4 CRs, 1 CR with incomplete marrow recovery, and 6 partial responses. Responses deepened over time with continuous treatment, investigators said. Of note, at the end of the treatment assessment, all 12 patients had undetectable MRD in either the blood or BM, and 6 patients had no detectable MRD in both. Woyach said these findings, in addition to those from Alliance A041202, supported further study of the triplet regimen in the ongoing Alliance A041702 trial.3

Investigators of the ongoing Alliance A041702 trial are now probing for further evidence not only of benefit with the triplet regimen but also of potential synergy between ibrutinib and venetoclax.

“There are laboratory data that show that BTK [Bruton tyrosine kinase] inhibitors like ibrutinib are synergistic with venetoclax in terms of cytotoxicity, and there have also been a number of clinical trials that have combined these agents,” Woyach said.

Venetoclax, ibrutinib, and obinutuzmab have efficacy as single agents: “All of these options [used individually] have a greater than 90% response rate, so they work for the majority of patients,” Woyach said.

However, Alliance A041702 investigators hypothesize that the addition of venetoclax to ibrutinib and obinutuzumab will lead to greater anticancer activity than combination ibrutinib and obinutuzumab or any of the agents administered alone. “The idea is to combine drugs with different targets and different mechanisms of action to achieve the highest response rates,” Thirman said.

Venetoclax is a B-cell lymphoma 2 (BCL- 2) protein inhibitor; ibrutinib, a BTK inhibitor; and obinutuzumab, an anti-CD20 monoclonal antibody.1,4,5 The first BCL-2 inhibitor approved for patients with highrisk relapsed CLL, venetoclax binds to the BCL-2 protein, which is highly expressed in CLL and aids tumor cell survival.4 Venetoclax may reduce the potential for disease recurrence in patients with CLL, according to investigators of the ongoing Alliance A041702 trial.6

Alliance A041702 is currently active across more than 700 locations globally.

The bone marrow (BM) MRD complete response (CR) rate is a secondary end point of the ongoing Alliance A041702 trial. To enroll in the study, patients must specifically have intermediate or high-risk CLL according to the Rai staging system. Those randomized to the triplet therapy will receive treatment every 28 days for 14 cycles in the absence of disease progression or unacceptable toxicity. Upon completing treatment, patients will undergo computed tomography scans and BM biopsies. Patients with MRD-negative CRs will discontinue all therapy; those who do not will continue on ibrutinib. The primary end point is PFS (Figure).