Segments of the population have apparently rejected the well-documented clinical utility of vaccination for protecting individual and public health. An immediate specific concern is the contentious matter of measles vaccination, which has been well-reported in the lay press. 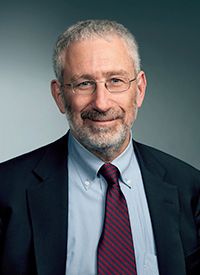 Maurie Markman, MD, editor in chief, is president of Medicine and Science at Cancer Treatment Centers of America and clinical professor of medicine, Drexel University College of Medicine

These are complex times in the realm of medical care and public health in the United States and elsewhere. The daily news reports about the new coronavirus and its rapid spread from the Wuhan region of China to multiple countries do not support the theory that all relevant health issues are local and should be managed as such.1

The distressing news regarding deaths from vaping hopefully has revealed to most clinicians and public health officials the potential dangers associated with introducing new products into the marketplace that might affect health virtually without regulatory oversight or even minimal review of the appropriateness of anticipated intense marketing efforts.2 It is critical to appreciate the clinically meaningful negative effect of such marketing, especially if done via social media and aimed at vulnerable segments of the population (eg, adolescents).

Further, governmental authorities, in an effort to deal with the very serious consequences of a particular medical misadventure (eg, overprescribing of opioids), at times are seemingly willing to substitute a poorly studied and understood alternative strategy that has the potential to compound rather than ameliorate serious errors of established medical and public health strategies. One needs to look no further than the efforts of governmental officials in several states to propose the use of medical marijuana as a substitute for opioids in the management of cancer pain, despite a profound paucity of objectively valid studies that help define both the efficacy and toxicity of this approach.3

We must, unfortunately, add to this list the problematic arena of vaccination. Segments of the population have apparently rejected the well-documented clinical utility of this strategy for protecting individual and public health. An immediate specific concern is the contentious matter of measles vaccination, which has been well-reported in the lay press.4

However, probably less well-known is the remarkably distressing impact of a decline in measles vaccination in Samoa, where data from the World Health Organization revealed a stunning decrease of nearly 60 percentage points over 5 years in this effective disease preventive strategy, from 90% of children in 2013 to 31% in 2018.5 This decline followed the reporting of serious administration errors and 2 deaths in this country due to vaccinations with a product that was inadvertently adulterated with a muscle relaxant. The fear of vaccination in Samoa is believed to have given rise to 5400 measles cases over several months among a population of 200,000, resulting in 79 deaths.6 For those who have convinced themselves that measles is nothing more than a minor nuisance and inconvenience, these sobering data reveal the duplicity of such destructive beliefs.

Further, the substantial impact of measles has recently been shown to extend beyond the immediate infectious event. In a highly provocative study, investigators demonstrated that following natural measles infection there was a rather striking reduction in the antibody repertoire (range, 11%-73%) of unvaccinated children (n = 77) evaluated before measles infection and 2 months after.7 In contrast, this reduction in antibodies was not observed following vaccination for measles, mumps, and rubella. This effect was also observed in experimental, measles-infected animal model (macaques). These data help explain the potentially profoundly negative impact of measles infection, which spreads far beyond the period of active illness produced by this virus.

In the cancer arena, evolving data demonstrate how a successful human papillomavirus (HPV) vaccination strategy favorably influences the development of a number of cancers, which together are responsible for thousands of deaths each year in the United States.8

It is meaningful to highlight the objective fact that it may take 1 or several decades from the establishment of persistent HPV infection until the development of an invasive cancer. Therefore, confirmation of a measurable reduction in the risk of cancer following the introduction of a successful HPV vaccine immunization strategy will similarly likely require a decade or more.

However, existing and rapidly accumulating data provide overwhelming support for the conclusion that, when the essential lag time passes, there will be a major measurable decrease in the incidence of definite precancerous conditions (eg, cervical carcinoma in situ) and invasive cancers known to be the result of prior HPV infection. For example, one recently reported analysis, which examined 65 previously reported articles, found that 5 to 8 years following HPV vaccination “the prevalence of HPV 16 and 18 decreased 83% among girls aged 13 to 19 and 66% among women aged 20 to 24.”9 Of note, these 2 HPV types are recognized to be responsible for approximately 70% of cervical cancer worldwide.

In closing, it is relevant to highlight another provocative and perhaps paradigm-changing observation related to HPV vaccination. The issue is the degree of protection against persistent infection relative to the specific number of vaccine doses administered. A recent study of registry data (Australian), which included 250,000 women, addresses this important question.10 Of this population, 19.5% (48,845 individuals), 69.8% (174,995), 7.3% (18,190), and 3.4% (8618) were unvaccinated or had received 3, 2, or 1 vaccine doses, respectively. Although this was not a prospective randomized trial, the risk of histologically confirmed CIN2, CIN3, cervical adenocarcinoma in situ, or invasive cancer was similar in all 3 vaccination groups (1, 2, or 3 doses) and substantially reduced compared with the unvaccinated population.

Although these highly provocative results remain to be confirmed by other groups, the data suggest the possibility that a single HPV vaccine dose, with its associated reduction in cost and simplification of the requirements for successful implementation of a large population vaccination strategy, may substantially contribute to the overall effectiveness of this major public health strategy for preventing cancer. And that outcome would truly benefit all societies within the developed and developing worlds.