Nancy E. Kemeny, MD, discusses the combination of pump and systemic therapy as a liver-directed treatment option for patients with metastatic colorectal cancer. 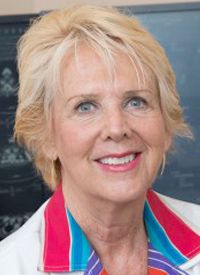 Liver-directed therapy with a combination of hepatic arterial infusion pump therapy and systemic chemotherapy after liver resection has been successful in the past. In a large randomized study of 287 patients, those treated with the combination after 2003 experienced 5- and 10-year overall survival (OS) rates of 78% and 61%, respectively.

OncLive: Please provide an overview of your presentation on liver-directed therapy for patients with metastatic CRC.

In an interview during the 2017 OncLive® State of the Science SummitTM on Gastrointestinal Cancers, Kemeny, a medical oncologist at Memorial Sloan Kettering Cancer Center, discussed the combination of pump and systemic therapy as a liver-directed treatment option for patients with metastatic CRC.Kemeny: I discussed direct treatment to the liver. Even though we have new and better drugs for the treatment of CRC, we still have patients who die from metastatic disease. The liver is the main area of metastatic disease. About 70% of patients with metastatic disease will have liver metastases, and some people will have only liver metastases. Therefore, one can think about directing chemotherapy into the liver to help those patients.

For example, if someone has progressed on prior therapy, the chances of them responding to our therapy plus systemic chemotherapy in the second-line setting is about 70%. It is quite high. Other systemic therapies do not have that high of a response rate. For third-line treatments, we have some of these new, expensive drugs with response rates of around 1%. Our response rate is 30% with this kind of treatment. You can imagine that getting the drugs directly to the liver would produce better results.

In some patients, we are lucky enough to be able to take out the tumors and conduct liver resection. That is good for these patients because nothing we can do as chemotherapists can give us the results that we get with liver resection. However, a number of patients will get a liver resection and recur, either in the liver or somewhere else.

We did a randomized study where we compared pump and systemic therapy with systemic therapy alone. We showed an increase in progression-free survival with the use of the combined treatment. We have gone on to do work at our institution using this type of regimen. In a newer report, we showed that patients who were on protocol have a 78% 5-year survival. These were patients who had liver metastases.

Are there other similar trials exploring this combined modality?

Another study that just came out very recently was by one of our surgeons who evaluated 2300 patients at our institution who had liver resection. Of those patients, 760 had pumps and 1500 did not. Comparing the 2 groups, he found that the group who had the pump had more metastases and nodes. However, when you look at the OS for the pump group, the median survival was 66 months, whereas the group who did not get the pump was 43 months. That's a big difference. We are also doing this in cholangiocarcinoma. We are getting excellent results there with the pump alone and have about a 50% response rate and a median survival of 25 months, compared with only 11 months with systemic therapy alone.

What is your vision for this type of treatment in the future?

One of the criticisms of this treatment is that there are not many large randomized studies. To do this kind of treatment you need more expert places with great surgeons, interventional experts, medical professionals, and so on. There should be a whole team set up. In the past, we were one of the only institutions doing this but now there is an institution in St. Louis that just recently started working with our protocol. They have done their own work in cholangiocarcinoma and have gotten the same results that we have. We will be presenting that data at the 2018 Gastrointestinal Cancers Symposium. Other institutions can do this, but they need to train. I am not suggesting that every institution do this but there are many places that can.We need to get more centers interested in this before we open more randomized trials. The doctor who conducted the big study of more than 2000 patients went back to the Netherlands to open a trial there investigating liver resection and pump versus no pump treatment.

Why is the liver such a common site of metastases?

What are some words of advice for community physicians who are looking to learn more about this type of approach?

It would be beneficial to do more randomized studies but, until we get other institutions involved, we will not be able to do them. We can either believe the results we are getting or go ahead with the systemic chemotherapies that people are giving.The liver is very rich in blood. It is a great place for metastases to grow. They grow from many diseases, not just the colon. For instance, breast cancer has many bone and lung metastases. However, since the colon comes up the portal vein to the liver, it is the first area to experience metastases. If you can attack the liver before it spreads elsewhere, you could sometimes control the disease and cure the patient. That is why we have a 78% survival rate, because we cured those patients by getting the tumor out and giving them the treatments that we have. If they want to set this up at their institution, they need some teaching. A major toxicity, especially in the hands of people who are not familiar with this treatment, is liver toxicity because you are giving the medicines directly to the liver. This makes the blood supply to the bile ducts come from the hepatic artery. We are giving the drugs into the hepatic artery and since the bile ducts are fed by that artery, they can be damaged by the treatment.

We should very carefully follow the liver function test. That is a blood test done every 2 weeks, to determine if the liver function is going up. If it has gone up, we must reduce the dose and sometimes even hold the dose. This idea of not treating is hard for a medical oncologist, but it is important to wait for the liver function to come down before continuing treatment.