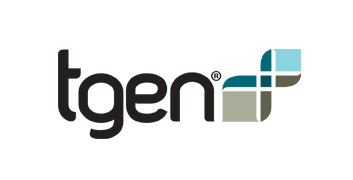 The results are from the phase III MPACT study, which found that adding nab-paclitaxel to gemcitabine significantly improved overall survival (OS), the primary efficacy endpoint, as well as the secondary endpoints of progression-free survival (PFS) and overall response rate (ORR).

The team randomized 861 patients to receive nab-paclitaxel (125 mg/m2) plus gemcitabine (1000 mg/m2) on days 1, 8, and 15 every 4 weeks, or gemcitabine alone (1000 mg/m2) weekly for 7 of 8 weeks (cycle 1) and then on days 1, 8, and 15 every 4 weeks (cycle 2 and subsequent cycles) in the first-line setting. Study participants had a Karnofsky performance-status score ≥70 and had not previously received chemotherapy for metastatic disease.

On the basis of the trial’s results, the FDA recently approved the nab-paclitaxel/gemcitabine combination for the first-line treatment of patients with metastatic adenocarcinoma of the pancreas.

Pancreatic cancer is the fourth leading cause of cancer-related mortality in Europe and the United States, the authors pointed out. For nearly 2 decades, gemcitabine has been the standard first-line treatment for patients with unresectable locally advanced or metastatic pancreatic cancer. The 5-year survival rate in patients with metastatic disease is 2%. Patients receiving gemcitabine have been found to have 1-year survival rates of 17% to 23%.

The present study was prompted by findings from a phase I/II trial of nab-paclitaxel combined with gemcitabine that demonstrated promising efficacy and a manageable safety profile in previously untreated patients with metastatic pancreatic adenocarcinoma.

Combination therapy was superior for most prespecified subgroups. In general, patients with more advanced disease had the largest decrease in mortality risk.

The overall safety profile for the two treatment regimens was in line with that cited in earlier reports. The rate of serious life-threatening events was similar with the two regimens, and adverse events were usually grade 3 or lower and resolved without specific treatment. Peripheral neuropathy, however, occurred more often in patients who received combination therapy but generally rapidly resolved when nab-paclitaxel was withdrawn temporarily after which the dosage was decreased and treatment resumed.