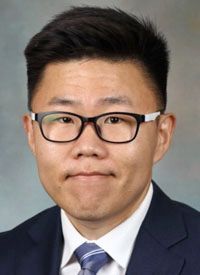 Patients with pancreatic ductal adenocarcinoma (PDAC) experience limited benefit with available first- and second-line second line of therapy. Investigators aim to greatly improve upon this standard of care with the initiation of a phase 2 trial (NCT04752696) on June 8, 2021.1

The study is designed to evaluate the safety and efficacy of the highly selective polo-like kinase 1 (PLK1) inhibitor onvansertib (PCM-075) in combination with nanoliposomal irinotecan (Onivyde), leucovorin, and 5-fluorouracil (5-FU) in adult patients with metastatic PDAC.

“PLK1 is a serine/threonine unique protein kinase that strongly promotes progression of cells through mitosis,” explained Daniel H. Ahn, DO, in an interview with OncologyLive®. “PLK1 is often overexpressed in solid tumors and has been associated with a poor prognosis. PLK1 inhibition results in the arrest of cell division and subsequent cell death. [It has also] been shown to impair the viability of KRAS-mutated cell lines in tumor cells with mutations in TP53 as well as KRAS. These findings suggest that PLK1 may be a potential target, specifically in those with KRAS-mutated solid tumors.”

Ahn is the principal investigator for the trial and a consultant in the Division of Hematology/Oncology, Department of Internal Medicine at Mayo Clinic in Phoenix, Arizona.

Investigators are examining onvansertib in a phase 1b/2 trial (NCT03829410) in combination with FOLFIRI (leucovorin calcium, 5-FU, and irinotecan hydrochloride) and bevacizumab (Avastin) for the second-line treatment of adult patients with metastatic colorectal cancer (mCRC) harboring a KRAS mutation. The primary end point is the overall response rate (ORR) in patients who receive at least 1 cycle of treatment. Secondary end points include PFS and a reduction in KRAS allelic burden assessed by liquid biopsies.2

In phase 1b, successive cohorts of 3 patients received onvansertib orally in escalating doses of 12 mg/m2, 15 mg/m2, and 18 mg/m2 on days 1 to 5 every 2 weeks over 2 treatment courses (1 cycle). They received the agent in combination with FOLFIRI, plus 2400 mg/m2 of 5-FU via intravenous (IV) infusion and 5 mg/kg of bevacizumab. In phase 2, patients will receive the recommended phase 2 dose (RP2D) of onvansertib orally in combination with FOLFIRI, 2400 mg/m2 of 5-FU via IV infusion, and 5 mg/kg of bevacizumab, with treatment modifications or delays based on unresolved toxicity experienced during a previous cycle.2,3

Of the 12 patients from phase 1b evaluable for efficacy, 5 achieved a partial response (PR). Confirmed PRs were seen in 4 patients and 1 went on to have curative surgery. Additionally, 8 patients experienced durable responses of at least 6 months (6.1-13.7 as of the data cutoff date).3

Investigators measured KRAS-mutant allelic frequency (MAF) by droplet digital polymerase chain reaction at baseline (cycle 1, day 1, predose) and on treatment (day 1 of cycles 2 to 9). Most evaluable patients (n = 10) had a KRAS variant detected at baseline, and clinical responses were observed across multiple KRAS variants, including the 3 most seen in CRC. The greatest decrease in KRAS MAF after the f irst cycle of treatment (–78% to –100%) was observed in the patients who experienced PRs; the 2 patients who progressed showed a KRAS MAF of –55% and –26%.3

In terms of safety, the most common adverse effects (AEs) of any grade were neutropenia (n = 11), fatigue (n = 11), and nausea (n = 9). Only 9% of AEs were grade 3 or 4, and 4 patients experienced dose-limiting toxicities attributed to the 5-FU bolus. No major or unexpected toxicities were attributed to onvansertib and investigators determined that the 18-mg/m2 dose exceeded the maximum-tolerated dose.3

Based on the updated data, the study investigators concluded that the combination of onvansertib and FOLRIRI is well tolerated and that 15 mg/m2 would be further explored as the RP2D.3

“There’s been a lot of interest in targeting KRAS,” said Ahn. “KRAS is the most common oncogene that’s mutated in PDAC; it’s mutated in nearly all the tumors. We know that mutations in KRAS are central for growth. Activation of the RAS proteins contribute to tumorigenesis, treatment resistance, and metastasis. We’ve been working with Cardiff Oncology [who have] developed onvansertib, which has demonstrated activity against KRAS through the inhibition of PLK1.”

Details of the Phase 2 Trial in Patients with PDAC

The phase 2, open-label, multicenter trial will enroll approximately 40 adult patients with histologically or cytologically confirmed metastatic PDAC across 6 sites in the United States. Eligible patients will have previously received 1 gemcitabine-based chemotherapy as a first-line therapy for metastatic disease and a maximum ECOG performance status of 1. Patients must also have adequate organ and bone marrow function and must be able to undergo a tissue biopsy at screening (FIGURE).4

Patients with prior irinotecan, nanoliposomal irinotecan, or investigational PLK1 inhibitor treatment will be excluded from the study. Additional ineligible patients include those with a history of interstitial pneumonitis or interstitial lung disease and those with uncontrolled intercurrent illness within 3 months of therapy. Patients with major bleeding within 4 weeks, have been treated with more than 1 prior chemotherapy regimen administered in the metastatic setting, or have undergone major surgical resection within 4 weeks prior to enrollment will also be excluded.4

In the safety lead-in portion of the study, the first 3 patients will receive onvansertib orally once a day at a dosing schedule of 12 mg/m2 on day 1 to day 10 for 2 cycles, 2 weeks in length. Subsequent participants may be assigned alternate dosing schedules depending on the number of dose-limiting toxicities observed in the first 3 patients. Onvansertib will be combined with 70 mg/m2 of nanoliposomal irinotecan, 400 mg/m2 of leucovorin, and 2400 mg/m2 of 5-FU.4

“Based on what we’ve observed in our study of patients with CRC, this treatment is well tolerated without any significant AEs,” Ahn noted. “Any [adverse] effects that were observed were reversed upon treatment discontinuation. The combination with chemotherapy appears to be safe and well tolerated.”

In the experimental treatment portion of the trial, patients will receive onvansertib orally at the dosing schedule selected based on the results of the safety lead-in, in cycles of 2 weeks. Nanoliposomal irinotecan, leucovorin, and 5-FU will again be administered at doses of 70 mg/m2, 400 mg/m2, and 2400 mg/m2, respectively.4

The primary end point of the study is ORR by RECIST v1.1. Secondary and exploratory end points include DOR, median OS, ORR in patients receiving at least 2 treatment cycles, disease control rate, and assessment of KRAS allelic burden in liquid biopsies as measured by circulating tumor DNA. The estimated completion date of the trial is March 11, 2024.4

“If the combination does appear to be effective for patients with KRAS-mutant PDAC, which is more than 90% of patients, it would potentially represent another treatment strategy in the second-line setting,” Ahn concluded. “If [this regimen] is deemed to be effective in the second-line setting, the natural progression would be to examine this combination in the frontline setting. So far we’ve seen very encouraging results, at least in CRC, with several updates being presented at ASCO [American Society of Clinical Oncology] and ASCO GI [Gastrointestinal Cancers Symposium]. Hopefully, we should have the final results of this study in patients with CRC [soon. Although] these results can’t necessarily be extrapolated and compared to a different disease, the findings are very encouraging. We hope to see the same results in our PDAC study.”