The standard of care in the second line for patients with mismatch repair–deficient metastatic colorectal cancer has shifted to favor therapy utilizing immunotherapeutic agents, according to Howard Hochster, MD. 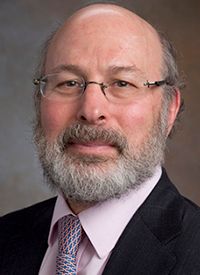 The standard of care in the second line for patients with mismatch repair—deficient (dMMR) metastatic colorectal cancer (mCRC) has shifted to favor therapy utilizing immunotherapeutic agents, according to Howard Hochster, MD.

Results published in 2017 and 2018 established the PD-1 inhibitors pembrolizumab (Keytruda) and nivolumab (Opdivo), and the combination of nivolumab with the CTLA-4 inhibitor ipilimumab (Yervoy), as effective options for dMMR mCRC, said Hochster, speaking at the 2019 Gastrointestinal Oncology Conference sponsored by the International Society of Gastrointestinal Oncology (ISGIO).

“In terms of the toxicity for nivolumab plus ipilimumab, there have been data by organ system, and you can see that it’s mostly in the first 3 months—once you make it past 3 months, you don’t have too much toxicity&mdash;and it’s mostly cutaneous,” said Hochster, associate director for clinical research and director of gastrointestinal oncology at the Rutgers Cancer Institute of New Jersey, and immediate past president of ISGIO.

Data from Morse et al published in May 2019 showed that 57% of treatment-emergent adverse events for patients taking nivolumab/ipilimumab were of grades 1/2 and appeared relatively early in treatment.3

In the 3-arm COMMIT trial (NCT02997228), investigators are comparing atezolizumab alone versus a modified FOLFOX regimen (folinic acid, fluorouracil, and oxaliplatin; mFOLFOX6) plus bevacizumab (Avastin) with or without atezolizumab for patients with MSI-H mCRC in the frontline setting. Investigators in the ATOMIC trial (NCT02912559) will compare mFOLFOX plus 25 cycles of atezolizumab versus mFOLFOX alone for patients with stage III dMMR CRC in the adjuvant setting.

In the POLEM trial (NCT03827044), patients who have undergone radical surgical resection for stage III dMMR or POLE exonuclease domain—mutant colon cancer will be assigned to chemotherapy with CAPOX (capecitabine and oxaliplatin) for 12 weeks, capecitabine for 24 weeks, or chemotherapy followed by avelumab for 24 weeks.

Investigators have had success combining a PD-1 inhibitor with a CTLA-4 inhibitor in a range of solid tumors, including mCRC with nivolumab and ipilimumab. Now investigators are researching the safety and efficacy of other agents that inhibit the same checkpoints, hoping to find similar success.

“Compared with best supportive care, for high TMB there does seem to be a difference, but the overall survival, if [TMB] is less than 28%, which was about 3% of the population, is quite low,” Hochster said. “There might be a few MSS patients who have high TMBs for other uncharacterized mutations who will benefit from anti—PD-1–based therapy.”

Regorafenib (Stivarga), an oral multikinase inhibitor, is indicated for the treatment of patients with mCRC who have been previously treated with fluoropyrimidine-, oxaliplatin-, and irinotecan-based chemotherapy, an anti-VEGF therapy, and, if RAS wild-type, an anti-EGFR therapy. However, response rates are low in mCRC; a retrospective study of 702 patients found an ORR of just 2% (95% CI, 0.8%-3.2%) with regorafenib monotherapy.5 The single-agent nivolumab (31%) has demonstrated an ORR lower than that of pembrolizumab (53%) or nivolumab/ipilimumab (55%).

Using the 2 agents together, Hochster said, was an example of combining less active drugs and hoping they become active.

In the single-arm, phase Ib REGONIVO trial, 2 cohorts comprising 50 total patients with previously treated advanced or metastatic gastric cancer or CRC were assigned to regorafenib/nivolumab. Ninety-eight percent of patients had MSS disease, 59% had negative PD-L1 expression, and 14% had received prior treatment with an anti—PD-1/ PD-L1 inhibitor(s).6

The ORR was 36% in the CRC arm. Thirtythree percent of patients with CRC were MSS while the remainder were MSI-H.

“This looks pretty impressive, and 1 particular reason may be that regorafenib is a pretty ‘dirty’ kinase and does seem to hit both VEGFR2 and CSF1R, which is important for Tregs [regulatory T cells],” Hochster said. “Biopsy data show that the percentage of Tregs within the tumor-infiltrating lymphocytes goes down with regorafenib. That may reverse some of the resistance to the anti—PD-1 drugs.…I think we’re all really interested in seeing what happens.”

Following the results of the phase Ib trial, a phase III trial is being initiated to evaluate regorafenib plus nivolumab in patients with MSS mCRC in comparison with regorafenib alone.

Furthermore, ongoing clinical trials suggest that these agents may play a larger role in treating CRC. Investigators have moved on to evaluating other immunotherapy agents, such as the anti—PD-1 monoclonal antibodies atezolizumab (Tecentriq) and avelumab (Bavencio; Table).