Ana Acuna-Villaorduna, MD, provides further insight into the study that compares age and race as factors for the incidence of early-onset colorectal cancer. 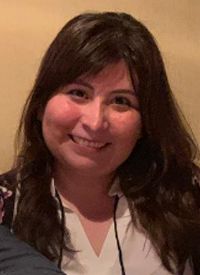 Although there have been more cases of early-onset colorectal cancer (CRC) in African-American and Hispanic patients, the rise in incidence of the disease is higher in Caucasian patients, according to a study presented at the 2019 ASCO Annual Meeting. However, with colonoscopy, there has been a decrease in incidence in patients <50 years for all races and stages, said Ana Acuna-Villaorduna, MD.

When looking at the incidence trend in each race for early-onset CRC, investigators noted a rise in Caucasians in both the age ranges of 15 to 39 and 40 to 49 of 3.4% and 1.5%, respectively (P <.05). Although there was a rise of 1.2% (P <.05) in African Americans between the ages of 15 and 39, there was a small decrease in incidence in those between the ages of 40 and 49 of 0.5% (P <.05), which was determined to be statistically significant. The incidence trend in Asian Pacific Islanders, American-Indians, and Alaskan Natives was not determined to be significant for either age group.

The trend in the age groups >50 years showed a decrease in CRC incidence in all races. Investigators also noted that the rise in CRC incidence observed in the 15 to 39 years age group seemed to be higher in localized disease versus metastatic disease, at 6.5% versus 2.8%, respectively.

In an interview with OncLive, Acuna-Villaorduna, a hematology/oncology fellow at Montefiore Medical Center/Albert Einstein College of Medicine, provided further insight into the study that compared age and race as factors for the incidence of early-onset CRC.

OncLive: What was the rationale for this study?

Acuna-Villaorduna: During the last decade, there have been interesting trends in the incidence of CRC. We know that the incidence is getting better; however, we are diagnosing patients at early ages already. Basically, there has been a discrepancy between the different American cancer societies in terms of when the best time for a screening colonoscopy is. Some of them say it is better to start at age 45, while some say it is better to start at age 50. We are also beginning to account for race and ethnicity because the American Society of Gastroenterology recommended to start screening at age 45, only in African Americans. This is really interesting and alarming. We know these patients present differently.

This is a new entity that we are now calling early-onset CRC. We know they present at later stages and present with worse grades of differentiation. At Montefiore Medical Center, we see many patients who are Hispanic and African American, and we have realized that the frequency of early-onset CRC is higher not only for African Americans but also for Hispanics. Because of that, we wanted to do a study.

Could you discuss this research and its key takeaways?

The first signal that we found is that early-onset CRC has higher frequencies in all minority races. This was true not only for African Americans but also Asians and Hispanics. This is an important finding because if we are going to decrease the age to start a screening colonoscopy, that should be for all minorities, not just African Americans.

What unanswered questions remain regarding the role of a colonoscopy?

There have been simulation models, because we also have to take into account the cost effectiveness [of the procedure]. Also, colonoscopies can be associated with complications, so we don't want to put patients at unnecessary risk. At least 3 different simulation models have been looked at, and there has been discrepancy in the results.

Therefore, what I'm trying to do with my study is find a population of patients between age 45 and 49 that will benefit the most [from a colonoscopy]. We probably don't need to extend this recommendation for all patients, but we can select a group of patients who will definitely benefit.

In our study, we also found something really interesting about tumor sidedness. We saw that patients with early-onset CRC have higher frequencies of left-sided tumors. We know that this is also true for patients with standard-onset CRC, but the frequency for them was around 55% compared with about 70% for those with early-onset CRC. Up to 66% of patients have tumors that are localized in areas that can be diagnosed with a sigmoidoscopy. This is an important finding because for certain patients, we could probably just do a sigmoidoscopy. With this, we would be diagnosing 2 out of 3 cases without the need of going into a full colonoscopy.

Are other similar studies being conducted in this space to address those questions?

During the last decade, there have been several studies basically evaluating trends in the incidence of CRC. However, we are mostly interested in finding a subpopulation that would benefit the most from early screening. With this, we should include other variables in the simulation models. For example, race and ethnicity is one of them, and the other one is sidedness. Another analysis we did for this study was [dedicated to determining] if the sidedness of the tumor was equally distributed among the different races. We found that left-sided tumors are definitely more frequent for all the races; however, African Americans have a very high frequency of right-sided tumors. Therefore, for this race in particular, it would be important to consider a full colonoscopy. For all the other groups, a sigmoidoscopy would suffice.

Looking at the field of CRC, how have you seen the field shift and where do you see the future heading?

Generally, in medicine, we are moving towards tailoring our recommendations, not only for screening but also for treatment. We know that diseases are not the same, and it's a similar story in CRC. We are seeing that this new entity, early-onset CRC, behaves completely differently. We already know that incidence is different among races, and now we also know that the pathological characteristics are different. As such, it's going to be important to tailor our treatments to the group that will get the most benefit. 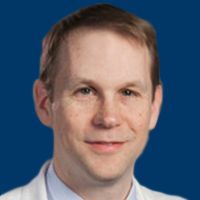