Updates to the National Comprehensive Cancer Network guidelines for the management of advanced non–small cell lung cancer call for routine molecular analysis and testing for PD-L1 expression, preferably at diagnosis. 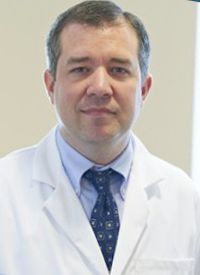 Updates to the National Comprehensive Cancer Network (NCCN) guidelines for the management of advanced non—small cell lung cancer (NSCLC) call for routine molecular analysis and testing for PD-L1 expression, preferably at diagnosis. According to version 5.2017 of the NCCN guidelines,1 multiplexed biomarker testing is critically important to the selection of appropriate firstline and subsequent lines of therapy.

Those were the views of experts who presented changes in treatment guidelines during the 2017 NCCN Annual Conference, held March 23 to 25 in Orlando, Florida. The conference featured more than 20 panel discussions on advances in oncology care including updates on guidelines for specific tumor types and roundtables on issues such as payer policies and health disparities.

In NSCLC, the changes go beyond upfront molecular analysis. “Over the last year-and-a-half, we’ve learned that you have to test biomarkers again during the [treatment] course, and the best example of that we have is in patients with EGFR-mutant lung cancer,” said Gregory J. Riely, MD, PhD, vice chair, Clinical Trial Office, Department of Medicine, Memorial Sloan Kettering Cancer Center, New York City.

Because all patients with EGFR-mutant advanced NSCLC develop acquired resistance to an EGFR tyrosine kinase inhibitor (TKI), another molecular analysis is recommended at the time of resistance.The latest version of the guidelines recommends that PD-L1, in addition to molecular analysis, be employed as a biomarker to direct initial therapy, with ≥50% expression established as the threshold for a positive result. The PD-L1 test “decides whether a patient has enough of the marker to warrant initial immunotherapy,” Riely said.

PD-L1 testing is currently “all over the map,” he added. Immunohistochemistry assays using 28-8, 22c3, or E1L3N as antibodies to detect PD-L1 expression were generally concordant in their findings, but the assay using the SP142 antibody was an outlier that detected significantly less PD-L1 expression in tumor cells than the other 3 platforms.2

In addition, PD-L1 expression is likely stable, he said, so there is no clear benefit to a repeat biopsy for assessment of PD-L1 unless the prior sample has been exhausted. In the case of molecular analysis, Riely suggested that institutions should customize their approach. Many use a combination of immunohistochemistry, fluorescence in situ hybridization, and DNA sequencing to detect abnormalities in key genes.Based on the results of PD-L1 testing and molecular analysis, the NCCN developed an algorithm for initial therapy for patients with stage IV NSCLC. Patients with EGFR, ALK, or ROS1 mutations or rearrangements at diagnosis, which collectively constitute about 25% of NSCLC, should receive targeted therapy as first-line treatment (Table 1).

Pembrolizumab (Keytruda) is recommended as a first-line choice for patients with NSCLC whose tumors are positive for PD-L1 while being negative or unknown for mutations or rearrangements in EGFR, ALK, and ROS1 (category 1 recommendation). This recommendation is based on the results of the KEYNOTE-024 trial, which proved pembrolizumab superior to a platinum doublet combination on the endpoint of median progression-free survival (PFS; 10.3 vs 6.0 months; P <.001) as first-line therapy in patients with NSCLC with PD-L1 expression ≥50%. (At press time, the guidelines had not been updated to reflect the May 10 approval of pembrolizumab in combination with pemetrexed and carboplatin for previously untreated patients, regardless of PD-L1 expression).

Notably, Riely said, 44% of patients in KEYNOTE-024 crossed over from the chemotherapy arm to pembrolizumab, and even with this high rate of crossover, median overall survival was significantly superior with pembrolizumab compared with chemotherapy (64 vs 44 months, P = .005).3

The guidelines were drawn up before the FDA expanded the approval for pembrolizumab in combination with pemetrexed plus carboplatin as a frontline treatment for patients with metastatic or advanced nonsquamous NSCLC regardless of PD-L1 expression levels.

The decision, announced May 10, was based on part 2 of cohort G in the KEYNOTE-021 trial, in which the pembrolizumab triplet elicited an objective response rate (ORR) of 55% compared with 29% with the chemotherapy agents alone (P = .0032). The median progression-free survival (PFS) was 13.0 months with the addition of pembrolizumab versus 8.9 months for chemotherapy alone (HR, 0.53; 95% CI, 0.31-0.91; P = .0205).4 Response rates were higher among patients with ≥50% PD-L1 expression. Even with high PD-L1 expression, immunotherapy is not the standard of care for patients with mutations or rearrangements in EGFR, ALK, or ROS1, said Matthew A. Gubens, MD, assistant clinical professor of medicine, Division of Hematology/Oncology, University of California, San Francisco, and thoracic oncologist, Thoracic Surgery and Oncology Clinic, Helen Diller Family Comprehensive Cancer Center. EGFR, ALK, and ROS1 are examples of oncogene-addicted lung cancers.

Clinical trial results support the superiority of EGFR TKIs over platinum doublets in patients with EGFR-mutant NSCLC. Whereas patients with ALK or ROS1 rearrangements are recommended for treatment with an ALK inhibitor, such as crizotinib (Xalkori).

Those without EGFR, ALK, or ROS1 mutations or rearrangements who have PD-L1 expression <50% should receive platinum-based chemotherapy according to their histologic subtype. For patients with nonsquamous NSCLC, bevacizumab plus pemetrexed is the preferred initial strategy; for patients with squamous cell disease, pemetrexed without bevacizumab is preferred.The development of clinical resistance to an EGFR TKI is universal. Therefore, at clinical progression, a biopsy to understand the mechanism of resistance is necessary. The most common resistance mutation is T790M, which is present in about 60% of patients with an EGFR mutation, said Wallace L. Akerley, MD, senior director of community oncology research and professor of medicine, Huntsman Cancer Institute, University of Utah, Salt Lake City.

The third-generation EGFR TKI osimertinib (Tagrisso) was associated with a response in 61% of patients as second-line therapy in patients with T790M resistance. “A striking factor is that the intracranial response is 64%,” he said. In patients with advanced NSCLC and T790M mutations, PFS improved from 4.4 months in patients treated with a platinum-pemetrexed doublet in the second line to 10.1 months in patients treated with osimertinib.5 Among those with metastases to the central nervous system, the median PFS was also longer among patients receiving osimertinib than those receiving platinum-pemetrexed (8.5 vs 4.2 months; HR, 0.32; 95% CI, 0.21-0.49).

In patients with PD-L1—positive tumors who experience progression after initial treatment with pembrolizumab, the NCCN guidelines recommend an immune checkpoint inhibitor as subsequent therapy (preferred) with nivolumab (Opdivo), atezolizumab (Tecentriq), or pembrolizumab if PD-L1 expression is ≥1% as determined by the 22C3 pharmDx test that was approved by the FDA, said Gubens. Other systemic therapy (ie, docetaxel or pemetrexed or gemcitabine or ramucirumab plus docetaxel) (Table 2) is also an option with a checkpoint inhibitor as the next line following progression.

The take-home message for second-line use of the checkpoint inhibitors a similar benefit on PFS compared with standard chemotherapy, he said.

Combinations of a PD-1 checkpoint inhibitor and a CTLA-4 inhibitor, as has already been approved for the treatment of melanoma, also suggest efficacy, with data from adequately powered trials of nivolumab/ipilimumab (Yervoy) awaited. is that nivolumab, pembrolizumab, and atezolizumab have demonstrated a similar benefit on PFS compared with standard chemotherapy, he said.

Combinations of a PD-1 checkpoint inhibitor and a CTLA-4 inhibitor, as has already been approved for the treatment of melanoma, also suggest efficacy, with data from adequately powered trials of nivolumab/ipilimumab (Yervoy) awaited. 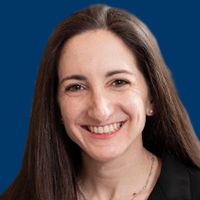 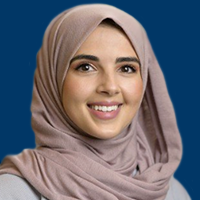